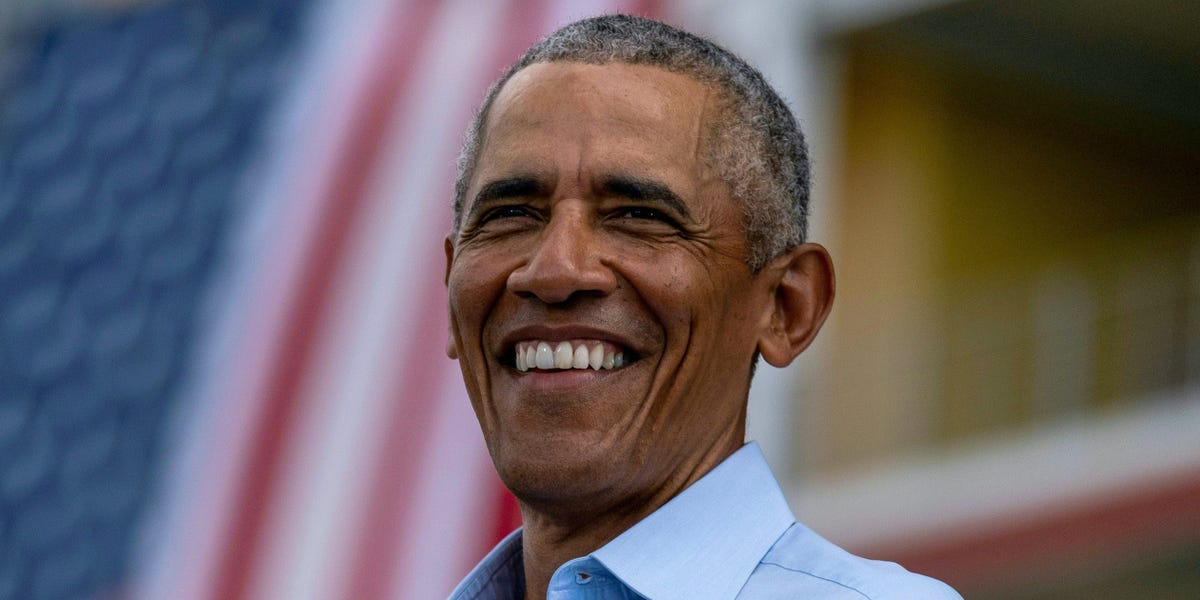 Former President Barack Obama is very pleased to see the second-elected president, Joe Biden, take office next year, but he is looking forward to the return of geography.

In an interview with “Late Show” presenter Stephen Colbert on Tuesday, Obama praised Biden and elected Vice President Kamala Harris for the work they have done so far to build their new administration.

“Joe will be great,” Obama said. “Kamala will be great. They will face great challenges, but we have the opportunity to return to a presidency that is actually watching the attention of all people and not just a few people and trying to do well.”

“It’s a lot of a return to eight years of this kind of stability and competence, which is novel,” Colbert said. “It’s as good as a vacation now, with someone who really wants to do the job they’ve been hired for. That’s an interesting idea, isn’t it?

Obama added, “And he has experience writing things and he knows where the countries are. Great.”

The former president probably referred to President Donald Trump’s geographical blunders, where he allegedly mistaken Nepal and Bhutan for “nipples” and “buttons” during a June 2017 secret service meeting and knew little about those countries while studying the world map, Politico writes.

“He didn’t know what it was [two countries] they were, “a source told Politico.” He thought it was all part of India. “What kind of things are there among these other countries?”

Then in January 2020, Secretary of State Mike Pompeo also had a strange geographic event during an interview with NPR presenter Mary Louise Kelly.

When Kelly asked Pompeo about the U.S. commitment to Ukraine and the ousting of former U.S. Ambassador to Ukraine Marie Yovanovitch, she allegedly resented the veteran journalist, cursed and gave her a geographical contest.

“He used the word f in this sentence and many others,” Kelly said at NPR. “He asked me if I could find Ukraine on a map. I said yes, and he asked for help to get us a world map, without writing. I pointed to Ukraine. He put the map away.”

After the interview Pompeo issued a statement saying that Kelly had “lied” to her about continuing the off-record conversation and accused her of misidentifying Bangladesh for Ukraine, an accusation that the NPR strongly rejected.