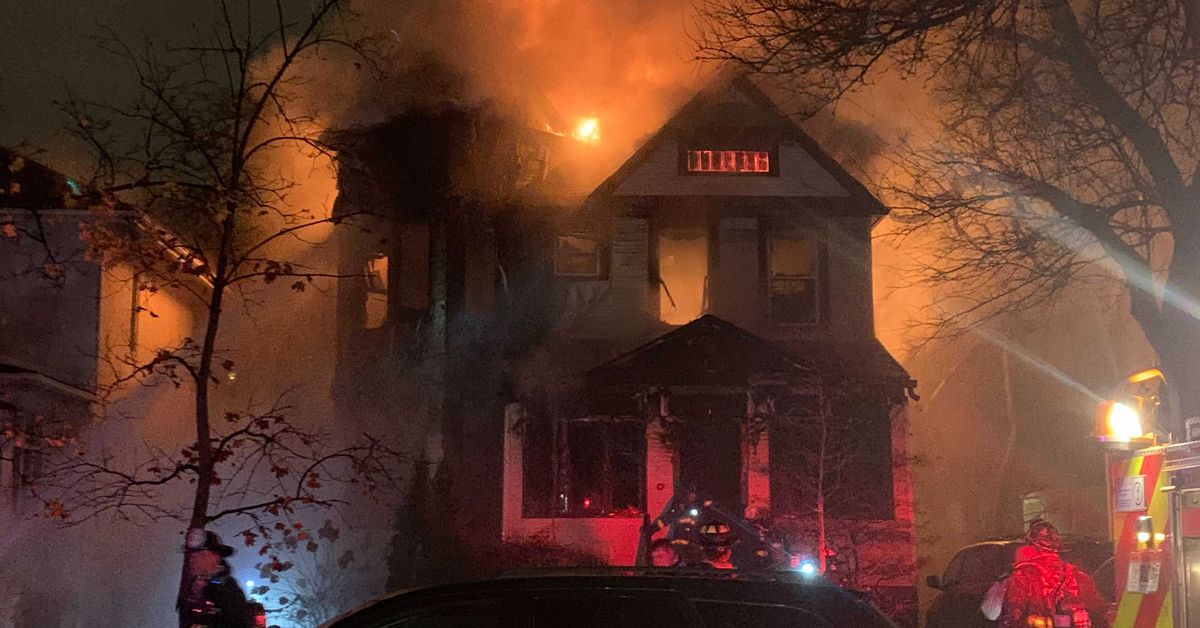 An elderly couple died Thursday night in a house fire near Old Irving Park on the northwest side.

Authorities and the Cook County Medical Examination Bureau said 85-year-old Robert Salach and his wife, 78-year-old Carol Salach, were found inside the home and pronounced dead at the scene.

Their daughter, who was also inside, got out and refused medical care, police and neighbors said.

The fire broke out on block 4200 of Kildare Avenue in North Chicago, on the first floor of the home, around 9:20 p.m., and Chicago Fire Department officials said it soon engulfed the building. CFD spokeswoman Larry Langford said Carol Salacha used supplemental oxygen on the first floor and officials believe she was exposed to some flammable material.

District Deputy Chief Brian McKermitt said the crew had “encountered a severe fire on the first floor” after receiving reports the couple had been trapped. The flame inside “began to increase” and firefighters retreated outside.

After the fire was kept under control, research was conducted and the bodies were discovered, McKermitt said. According to Langford, Robert Salacha was found on the second floor.

The cause of the fire is being investigated, he added.

Dozens of onlookers lined the streets and peeked out of their porches as the crew of firefighters blew up the fire.

Two neighbors clung to each other in disbelief. The man and woman requesting anonymity said they knew the couple and saw their daughter escape the Thanksgiving day hell machine.

“No matter what time it is, it’s a tragedy,” said one of the neighbors.

By 22:40, the huge fire had largely shrunk to smoldering debris.