Op-Ed: A year of oppression of China 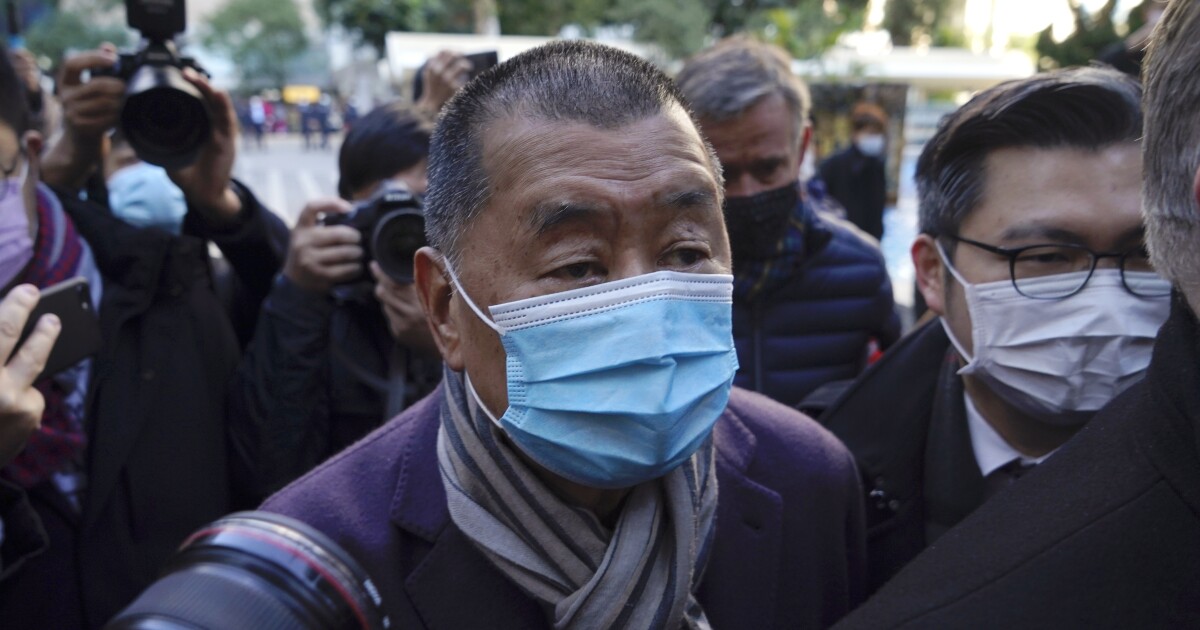 As the world struggled with the COVID-19 epidemic during the holiday season, and Americans focused on Donald Trump’s frantic efforts to overthrow the lost election, China typically closed the year. As usual, the Chinese authorities began their annual Christmas tradition of shutting down dissidents and critics when the world was too distracted.

Shortly after Thanksgiving, Joshua Wong, Agnes Chow and Ivan Lam, young icons of the 2014 Democratic Party protests in Hong Kong, were sentenced to prison for attending an illegal rally in 2019. Three days after Christmas, a Shanghai court sentenced Zhang Zhan, a citizen journalist, to four years in prison for making a critical report on the government’s treatment of COVID-19 in Wuhan at the start of the epidemic.

On December 30, 10 Hong Kong activists arrested in August while fleeing a boat to Taiwan and detained in Shenzhen were sentenced to prison. Tang Kai-yin and Quinn Moon spend three and two years in a land prison, respectively, for organizing an illegal border crossing. Eight people were sentenced to seven months each, while two 17- and 18-year-olds were handed over to Hong Kong police.

Opposition persecutions have worsened since President Hsinchin Qin-ping came to power in 2012, but he inherited the festive traditions of imprisoning activists. In 2009, Liu Xiaobo, an advocate of constitutional reform who took part in the 1989 Tiananmen Square protests, was sentenced to 11 years in prison on Christmas Day. He won the Nobel Peace Prize the following year and died in custody in 2017. In 2011, dissident Chen Xi was sentenced to a decade in prison on Boxing Day. In 2015, all activists protesting against censorship, Yang Maodong, Liu Yuandong and Sun Desheng, were convicted immediately after Thanksgiving. The list continues.

During 2020, however, Beijing pretended to be Christmas all year round – trampling on liberties with renewed vigor, especially in Hong Kong and Xinjiang. For several years, about 1 million Muslim members of a minority group, mostly Uyghurs, have been detained in camps in Xinjiang. Despite the global outrage, these facilities appear to have been expanded in 2020 and oversight strengthened.

In April, several senior leaders of the Hong Kong pro-democracy movement were arrested, including Martin Lee and Margaret Ng. In June, the Beijing government imposed a national security law on Hong Kong that virtually shattered the idea that the area’s freedoms would remain until 2047, as promised in the 1984 Sino-British Joint Declaration.

In July, elections to the Hong Kong Legislative Council were postponed for a year, and Xi Zhangrun, a prominent Beijing professor and outspoken critic of Xi, was arrested and fired from a higher education institution. In September, a former real estate tycoon was sentenced to 18 years in prison for corruption after publishing a critical essay on Hsit and authorities in Mongolia adopted a bilingual education program that critics called an attempt to dilute Mongolian culture.

Although it was a cruel year of rights and freedoms in areas under Chinese control, the Beijing government had few consequences in the face of its actions. In December, the European Union signed an investment agreement with Beijing after China agreed to strengthen the International Labor Organisation’s rules on forced labor. In other words, the EU has agreed to ignore well-documented Xinjiang forced labor, Hong Kong repression and much more.

The new year has started with new distractions and there are sure to be more coming. This may be bad news for millions of people oppressed under the thumb of Beijing.

Hong Kong-based writer and journalist Jessie Lau lives in London. Jeffrey Wasserstrom is a UC Irvine history professor and author about “Vigil: Hong Kong on the Brink”. Amy Hawkins a English a journalist who did research and interviews for “Vigil”.