Pope Francis strikes at people who protested against the closure of COVID-19: NYT op 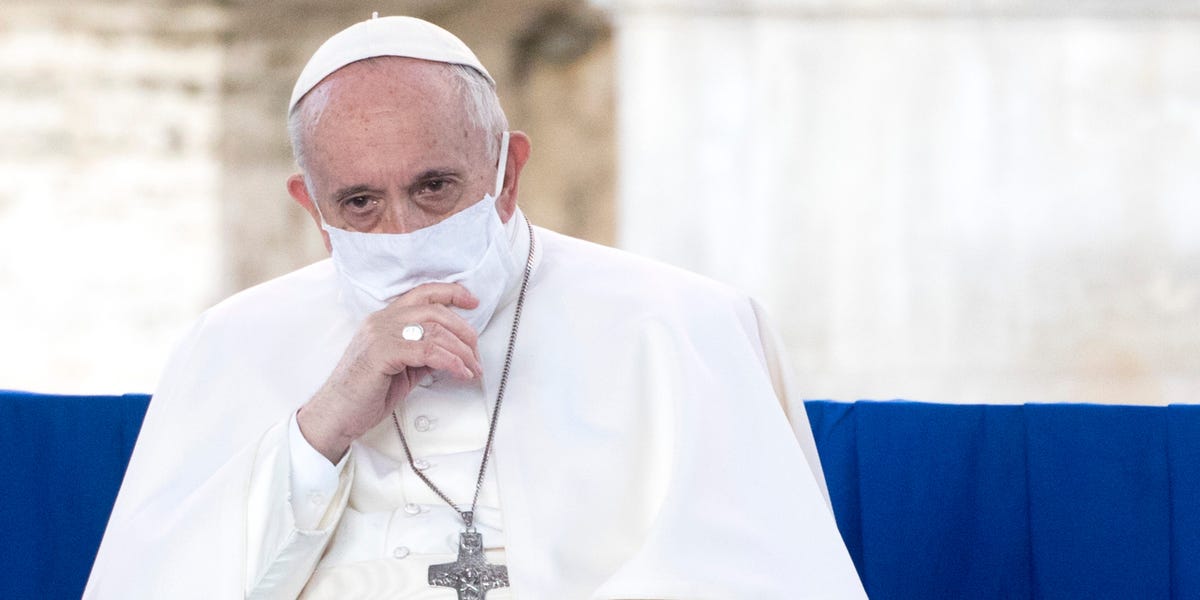 Pope Francis deceived the people who protested against the coronavirus restrictions in the name of “personal freedom” and provided rigorous advice to the groups in a New York Times publication on Thursday.

“Consideration of the common good is much more than the benevolent sum of individuals,” he wrote. “This means taking into account all citizens and trying to respond effectively to the least fortunate.”

At the start of the spring pandemic, governments around the world introduced versions of stay-at-home orders to help spread COVID-19. In several countries, including the United States, such restrictions have been protested by conservative groups.

“It is as if the measures that governments must lead for the sake of their people are some kind of political attack on autonomy or personal freedom!” Francis wrote about the protests against the closure.

“It’s too easy for some to take an idea – in this case, personal freedom – and turn it into an ideology, to create a prism through which everything is judged,” he added.

Although Francis did not mention any country or leader by name, he called on governments that “removed painful evidence of deaths, with inevitable, serious consequences.”

The United States has led the world in confirmed coronavirus cases, with nearly 13 million infections occurring by Friday. President Donald Trump has been severely criticized for underestimating the virus since the outbreak broke out and for continuing to avoid its severity as doctors and scientists anticipate increasing fatalities for the winter.

In the opinion paper, Francis described the public health crisis as a time that “reveals what is in our hearts” and provides an opportunity to “rethink our priorities”.

“If we want to be less selfish from this crisis than when we went in, we need to let us touch the pains of others,” he wrote.

The article came about by accident one day after the U.S. Supreme Court rejected the introduction of a restriction on religious gatherings in New York. The decision blocks Governor Andrew Cuomo’s occupation of 10 and 25 people, which he implemented to prevent the virus from spreading further. Cuomo then called the decision “irrelevant.”