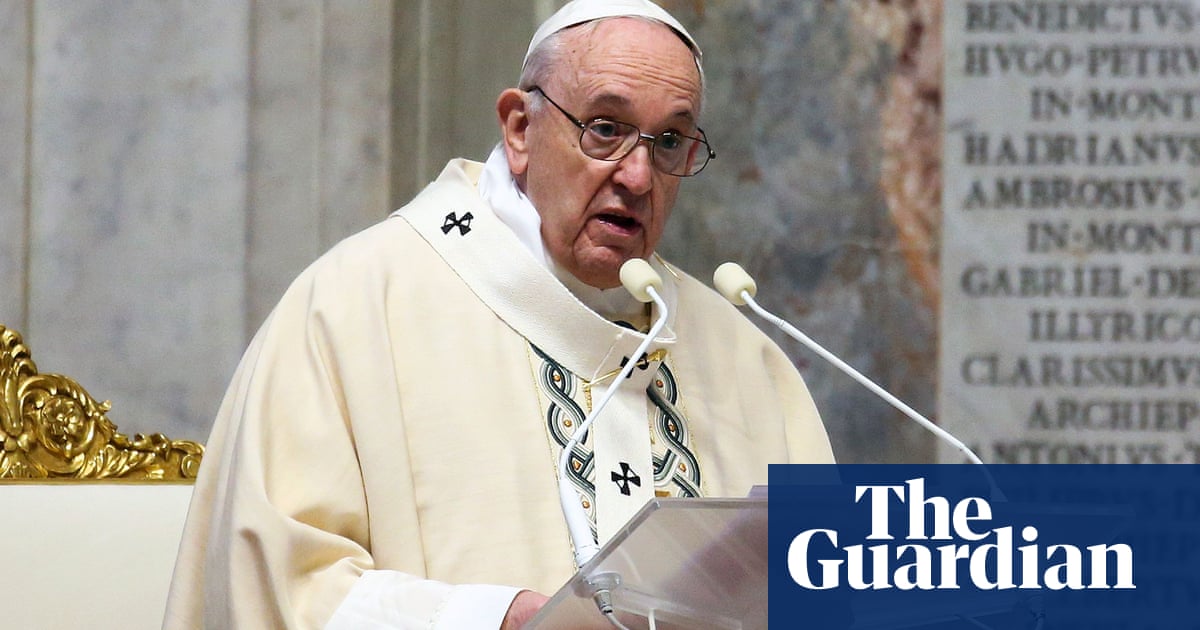 Pope Francis set out to protest against coronavirus restrictions, as opposed to the “healthy outrage” at anti-racism protests after George Floyd’s death.

“Some groups protested, refusing to keep their distance, marching against travel restrictions – as if the measures governments have to take for the sake of their people are some kind of political attack on autonomy or personal freedom,” he said in his new book.

He pulled out those who claim that “forcing a mask is an unreasonable order of the state”.

“You’ll never find people like that protesting against George Floyd’s death, or joining a demonstration because there are small towns where children have no water or education, or because whole families have lost their income,” he said. “They would never protest in matters like this; unable to step outside their own little world of interests. “

The book Dream: A Road to a Better Future comes from conversations with British biographer Austen Ivereigh and focuses largely on his response to the coronavirus crisis.

“With a few exceptions, governments have made great efforts to put the well-being of their people first, taking decisive action to protect health and save lives,” the pope said.

He added, however, that some put the economy in front of public health. “These governments have discovered their people with mortgages,” he said.

The death of Floyd, a 44-year-old African-American man in police custody, set off a wave of anti-racism in the United States and around the world.

The pope once again condemned the “horrible” death and welcomed the fact that “many other people, otherwise unfamiliar with each other, marched into the streets in unison with healthy street outrage” to protest.

At the same time, he warned against pulling down historical statues, a by-product of some of the protests, and called it an “amputation of history”.

“A free people is a people who remember, are able to own their history, not deny it, and learn the best lessons,” he said.