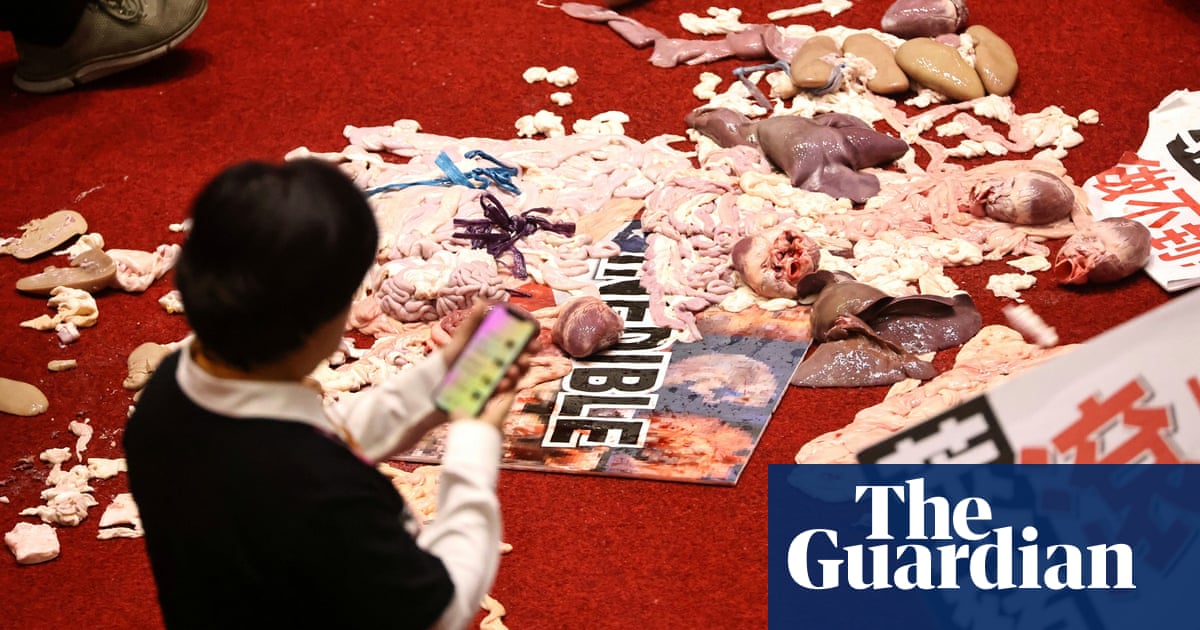 Taiwanese lawmakers tossed pork casings on top of each other before blowing over plans to allow U.S. meat imports.

Members of the opposition Chinese Nationalist Party (KMT) brought the guts into the legislative yuan on Friday during last-day demonstrations in parliamentary sessions.

During a political speech planned by Prime Minister Su Tseng-chang, KMT members waved banners, blew whistles and tossed buckets of casings. When lawmakers from the ruling Democratic Progressive Party (DPP) intervened, the situation escalated into a chaotic fistfight. Post-torn posters and raw intestines were exposed on the floor.

The KMT and a section of the public welcomed with strong opposition the DPP government’s recent decision to lift the ban on U.S. pork and beef imports.

The ban applied to pork products with ractopamine feed additive residues, which were used by U.S. farmers to promote lean meat, but are banned in Europe and China. Opponents fear this poses a health threat, and the KMT has accused the government of urging new regulations.

“To protect people’s health and the bottom line of food security, the opposition party cannot resist,” the party said of Friday’s protest.

The issue was at an annual protest in Taipei last weekend, a huge inflatable pig was flown over the crowd, the BBC reported.

The government, accused of supporting the ban when it is in opposition to just change its position, sees lifting the ban as the first step in a trade agreement with the US. Last week, the two governments resumed first talks in a new economic dialogue and signed a five-year memorandum of understanding on further ties in technology, health and safety.

Physical disputes and protests are not uncommon in Taiwan’s legislative yuan.

According to the DPP, the KMT’s actions were “disgusting” and a waste of food.