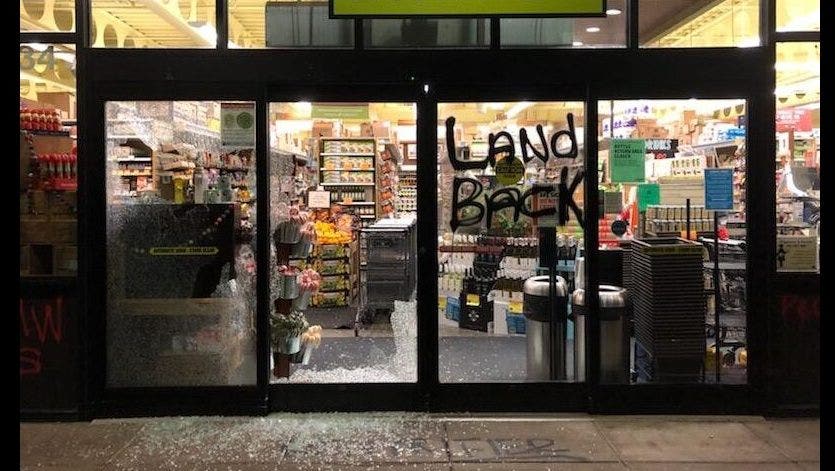 Three people were arrested in Portland after police said they caused “a thousand” dollars in damage to at least 10 businesses on Thanksgiving Day, police said.

The Portland Police Bureau said officers began responding shortly before 25 a.m. Thursday to a group of people who smashed windows and scattered graffiti on the buildings.

Authorities said callers reported seeing a group of people dressed in black and “breaking out windows” head west in southeastern Oregon along Southeast Hawthorne Boulevard. When police arrived, damage was found in at least 10 businesses and shop windows.

“Some of the damage was enough to provide access to the inside of the retail stores, so officers contacted the responsible parties and stood there while contractors or employees boarded the windows,” police said in a summary of events. “Grocery stores, banks, a car service center, a parcel and mail center, and local business shops were damaged.”

Police eventually arrested three people, one man and two women between the ages of 23 and 38.

Authorities estimate the group caused “thousand” dollars in damage, but did not provide more specific costs. Investigators believe others are likely to be involved.

During the arrests, police also found that one person had a semi-automatic pistol. It was not clear whether the gun belonged to any of the three people previously arrested or to someone else.