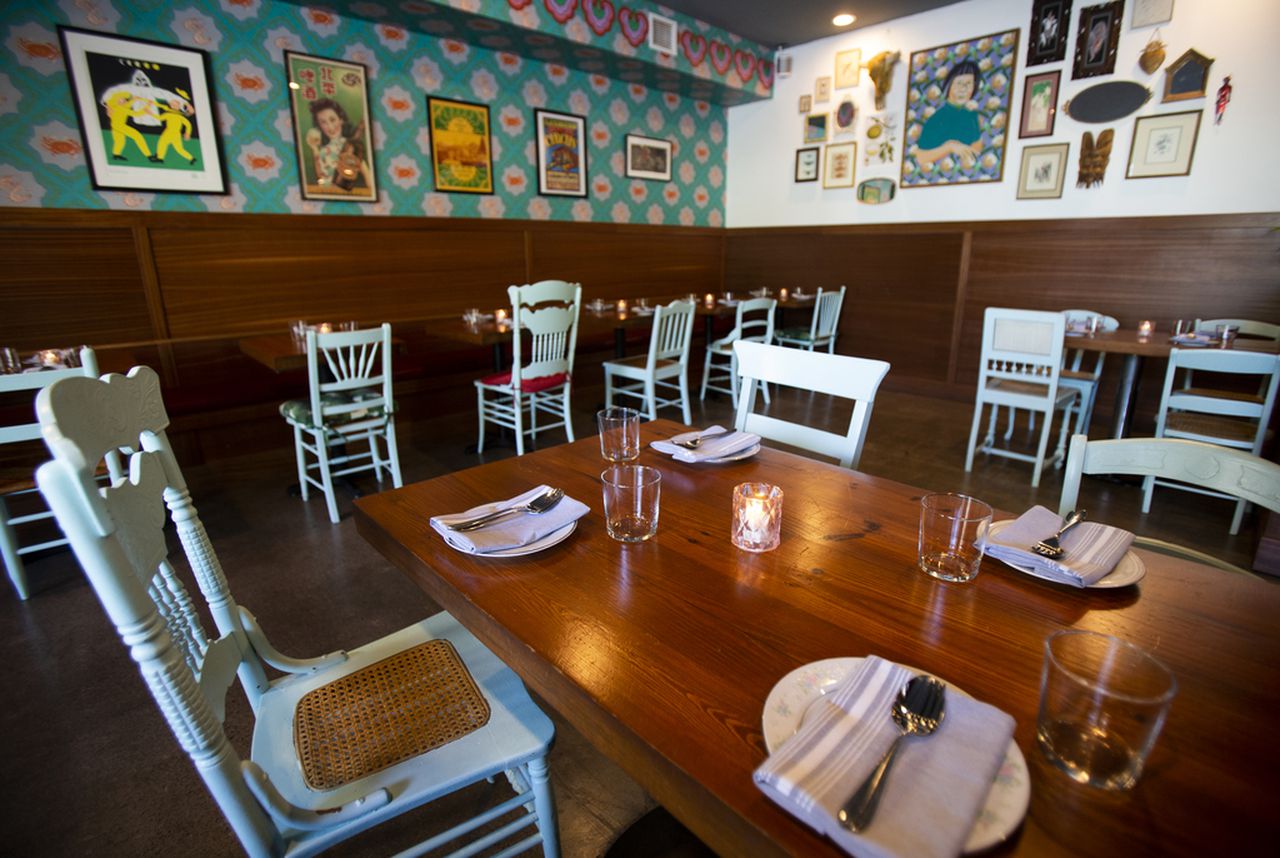 For the first time since November, restaurants, bars and pubs in the Portland subway area will be able to open their covered dining rooms with limited capacity, Governor Kate Brown announced on Tuesday.

The move has shifted Brown 10 Oregon counties, including Multnomah, Clackamas and Washington, into the “extreme” and “high” risk categories as a result of declining COVID-19 cases, allowing for the partial reopening of some businesses, including restaurants, gyms and movie theaters.

For restaurants, the change means that canteens closed since November can be filled with 25 percent capacity or 50 people, whichever is less, parties can be limited to six people from up to two households. Restaurants have yet to close by 11 p.m.

Oregon has four risk categories of “extreme,” “high,” “moderate,” and “low”. In the last two-week period followed by the state, Multnomah, Clackamas, and Washington counties each counted less than 200 cases per 100,000 residents, and the test positivity rate was less than 10%, resulting in them falling out of the narrowest category.

Jason Brandt, president of the Oregon Restaurant and Accommodation Association, called the announcement a “step in the right direction”.

The lobby group described “opening and closing a restaurant business” as the number one challenge for the industry. Restaurants were forced to lay off or reorganize workers and predicted how much food they would have to buy based on whether the indoor meal was open or not. Brandt proposed the complete elimination of the “extreme” risk category to give restaurants more flexibility in the future.

The Oregon Independent Restaurant Association has voiced a more cautious voice, calling the move a “double-edged sword” for restaurants that may temporarily close to deal with COVID-19 epidemics in the workplace, all without a safety net.

“We’ve heard several times that scientists and doctors are concerned about the spread of the virus indoors to people who eat and drink – an activity that can’t be carried on with a mask,” said Katy Connors, the group’s board chairman. “Restaurant workers should not be forced to choose between their financial and physical health. They must be given access to vaccination. “

“Our Portland restaurant can accommodate 450 people, so we have 50 guests in a restaurant this size, so it’s pretty empty,” Griffith said. “We can’t even fill all the tables on the riverbank.” I don’t know how a couple of extra, socially distant people could create more problems. “

Griffith was disappointed by the state’s lack of transparency regarding the decision to close restaurants.

“They say that, according to statistical analysis, restaurants may be part of the problem,” Griffith said. “But we were open for three months in the summer and didn’t see any increase in load. Then we were stopped and it took months for the workload to decrease and the incubation period to be much shorter than that. “

Gabriel Rucker, award-winning chef at Le Pigeon and Canard restaurants in Portland, says he’s not in a hurry to reopen, though he’s open to “approx. After a month ”reconsider if the number of cases continues to decline.

“We don’t even know about the new versions,” Rucker said. “Why are we doing this now, just because we’ve reached some arbitrary number? There is no point in just controlling it rather than in control something like that to control?

Le Pigeon has already planned to open a different personal dining concept on Friday – delivering three-course meals to the private rooms of the nearby hotel Jupiter Next. The new concept has allowed Rucker and his business partner, Andy Fortgang, to double Le Pigeon’s workforce, which has been focusing on outsourcing since November.

“I feel blessed to have people back,” Rucker said. “But I just did a litmus test of the calls, and there are people who don’t feel good about it. And many of our staff went through the restaurant business. A year has passed! So for me, I’m going to wait, make sure you’re really going to grab it, and I see we’re going to do it well because it costs a lot of money if I do it right. “