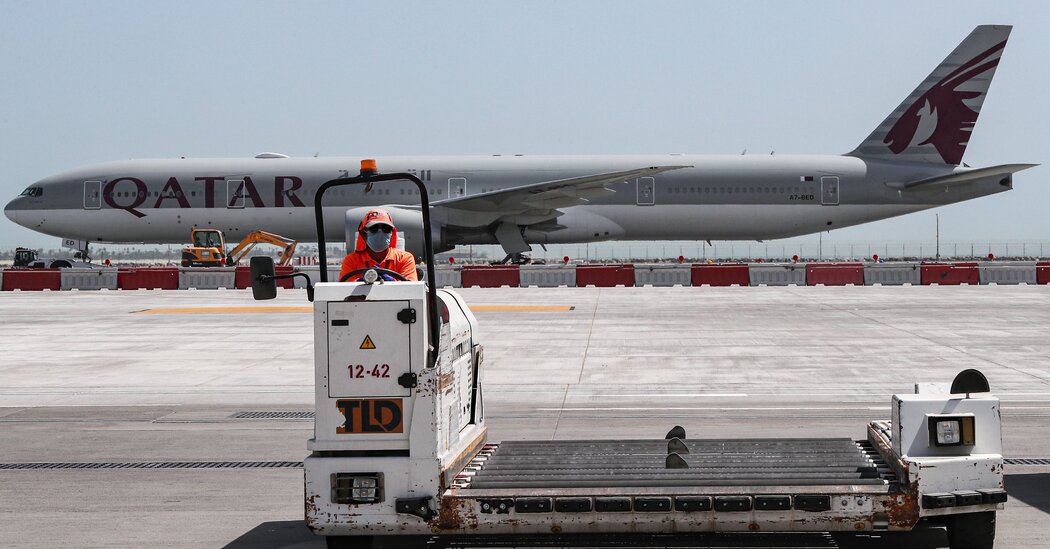 Qatari prosecutors have indicted airport passengers who took part in invasive medical examinations of female passengers after a newborn was found abandoned in a Doha airport bathroom.

Officials also said they had identified the mother of the infant who had left Qatar for an unknown country and that they wanted to extradite him on charges of attempted murder.

The actions of airport security staff first became public in late October when female passengers flying from Doha to Sydney, Australia, told of passing strip searches and medical exams at Qatar’s capital, Hamad International Airport. The research was conducted on women from at least 10 flights, which took place on 2 October.

The women said they pulled them off their plane, directed them to ambulances on the asphalt, and ordered them to lie down on a table and take off their underwear. An Australian nurse told The New York Times that she did not give her consent, adding, “None had a choice.”

Australian authorities later confirmed that 18 women, including 13 Australians, had been approached from Qatar Airways ’QR908 flight and that a total of 10 flights had been targeted by Qatari officials.

The Qatari government subsequently expressed “regret” for “violating or violating the personal liberty of all travelers” but defending the action of airport security officers. According to the government, police tried to find the mother of an abandoned little girl who had been thrown in the trash in an airport bathroom.

The Qatari prosecutor’s office said in a statement released through the state Qatar News Agency on Monday that an undisclosed number of police officers involved in the searches had “broken the law”.

“Airport security fulfilled its legal duty in locating the perpetrator. However, some employees violated the procedures and called female medical staff at the airport for an external examination of female passengers before the passengers could leave for their destination, ”the statement said.

But prosecutors said officers were unaware that their actions were illegal. They added that some officers “acted unilaterally” and acted while “thinking that what they did was within the law”. The officers were not named.

Prosecutors said the baby’s mother and father were identified by DNA testing. The unnamed parents are citizens of an Asian country, prosecutors said.

Qatari officials said the father said the mother had sent him a photograph of the baby and said a message that he had “thrown out the baby from whom he was born and fled home.” It is not clear whether the father was involved.

Authorities did not say when the woman left Qatar or whether she was wanted on flights departing from Doha Airport on 2 October. The statement merely stated that prosecutors “have taken appropriate legal action in the context of international judicial cooperation with the refugee convict. “

In Qatar, extramarital sex, pregnancy and childbirth are criminalized, and women accused of such crimes are subject to arrest and imprisonment.

Conviction of airport officials can result in up to three years in prison; the mother could wait up to 15 years for prosecutors to classify it as a “terrible crime”.