Released for a winter storm, it moves into the High Desert due to a cold, heavy snowstorm 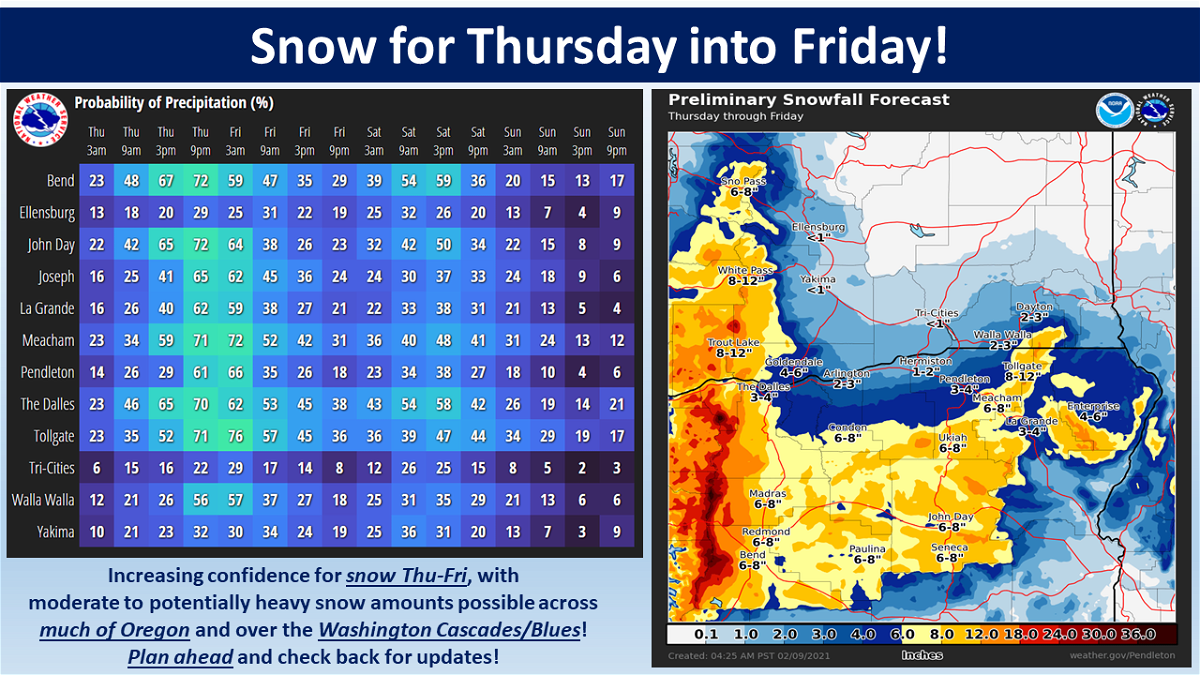 BEND, Ore. (KTVZ) – The biggest fight of winter weather so far is ready to move to Oregon and the High Desert at the end of the week as the National Meteorological Service issued a winter storm from Thursday to Friday at noon, with plenty of snow and a sharp cold expected.

The NW region in Pendleton says the warm front rises north from Thursday and gets stuck over the region by Friday, “causing significant snowfall over Central Oregon” – as well as 4-10 inches of total snow accumulation if not in some areas.

NewsChannel’s 21 chief meteorologists, Bob Shaw, say a few more decent but cool days precede the storm, with the high 40s and the lowest lasting from the mid to mid-20s.

Snowfall could begin as early as Wednesday night, Shaw said.

8-20 inches of snow is expected on the upper levels, there is more on the Cascades, he said, and the NWS warned that traveling on the Cascades could be “very difficult or impossible.”

The highest will be in the low 20s and the lowest will be single digits, some close to zero.

The storm interrupts the weekend, but it is likely to get snow and constant cold temperatures.