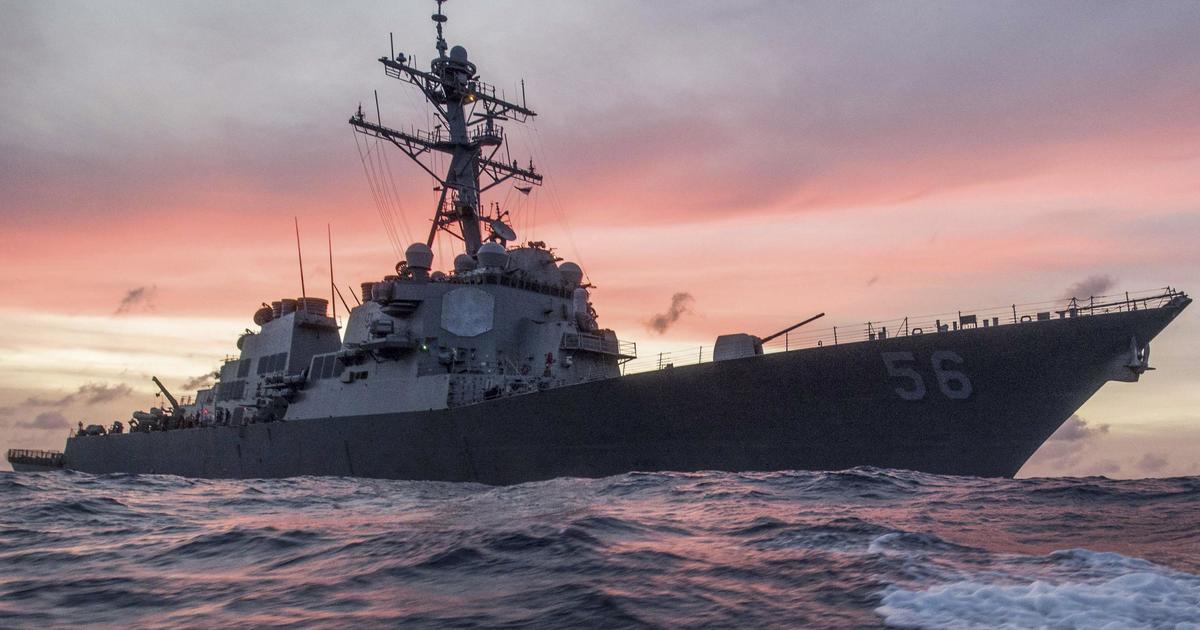 Moscow – Russia’s defense ministry said on Tuesday that one of its warships had caught a U.S. naval destroyer operating in Russia’s Pacific waters and chased it. The U.S. Navy has issued a statement in which the event is the latest “freedom of navigation operation, “challenging what the United States considers to be illegal territorial claims by other nations, but did not provide details of what this ended or whether any action was taken that was not considered safe by Russian forces.

The USS John S. McCain, a guided missile destroyer, violated Russia’s territorial waters by moving less than two miles across the sea border to Peter the Great Bay at 0317 (GMT), the Russian ministry said in a statement.

The U.S. warship operated in the Sea of ​​Japan for several days and was tracked by Russia, he said.

Admiral Vinogradov, an anti-submarine destroyer of the Russian Pacific Fleet, sent a warning to the American ship, threatening to “carry out the invader from its territorial waters with a ramming maneuver.”

The American ship immediately returned to neutral waters, the Russian ministry said, and was monitored.

The U.S. Navy’s Pacific Fleet said in a statement that the USS had enforced John S. McCain “navigation rights” in the area “by attacking Russia’s excessive maritime needs.”

He did not provide details, but said the American ship was operating near Peter the Great Bay in an area not recognized by the United States as Russian territorial waters.

The area has been in dispute since 1984, when the Soviet Union declared it part of its waters, which was maintained by Russia.

Such incidents at sea are uncommon and are signs of ongoing tensions between Russia and the United States after the Cold War.

Last year, the two countries accused dangerous maneuvers after Admiral Vinogradov came close to colliding with the USS Chancellorsville in the East China Sea. The U.S. Navy described the incident as an “unsafe and unprofessional” action by the Russian ship.