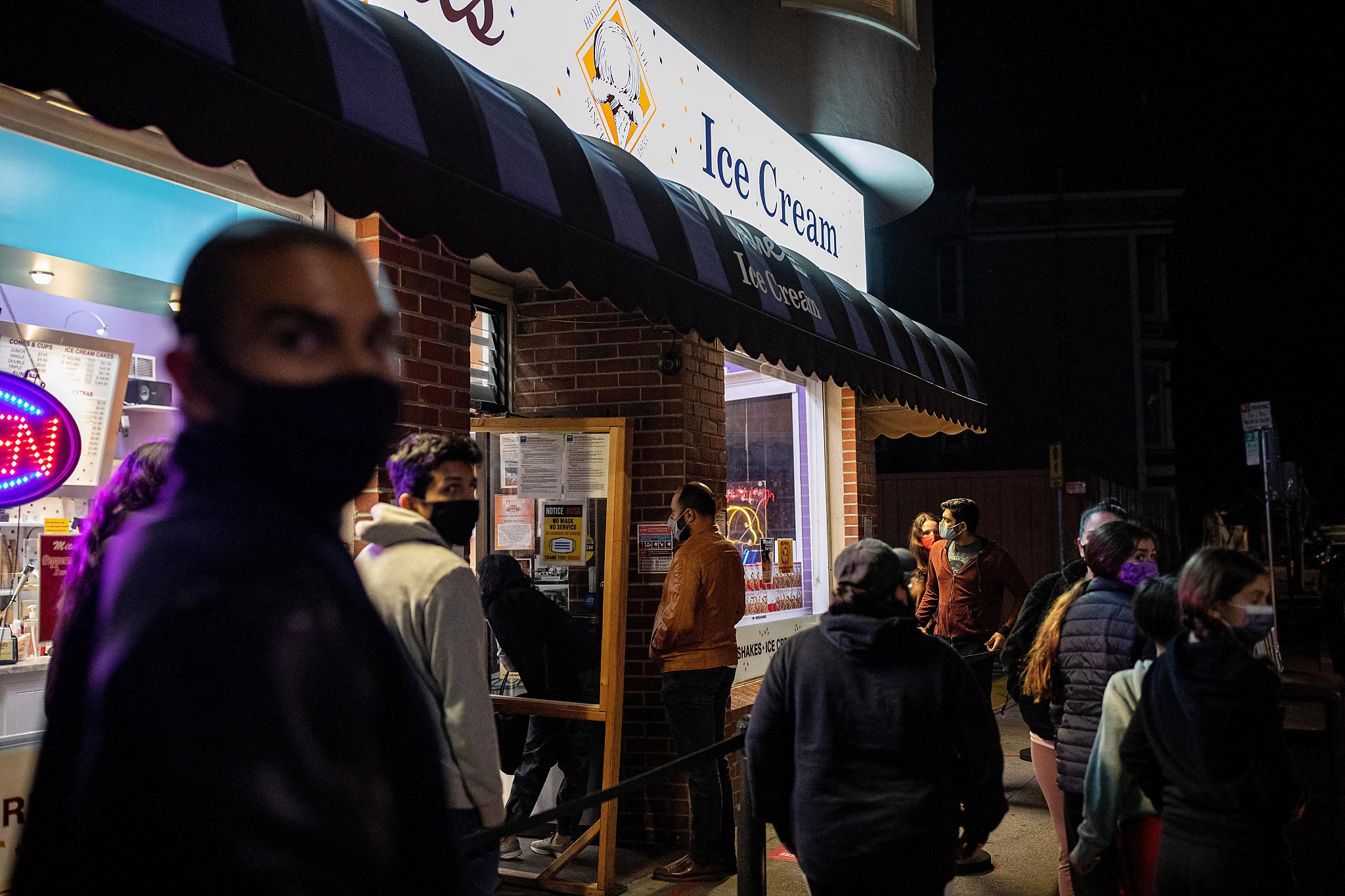 Amid an alarming outbreak of new coronavirus cases, the state on Saturday kicked San Francisco and San Mateo counties to the narrowest purple level of the economy’s pandemic plan, forcing most indoor activities to close by noon on Sunday and a county curfew beginning Monday night.

San Francisco and San Mateo join six Bay Area counties that are already at the purple level and only Marin County remains at a less restrictive level. To retreat, the counties must stop the indoor meal that San Francisco has already done. It also shuts down indoor operations such as museums, movie theaters, gyms and places of worship. In addition, San Francisco closes its outdoor carousels, ferris wheels and recreational train paths.

The curfew will take place between 10pm and 5am and will require people to stay home during these hours, except for basic activities including licensed work, grocery stores, doctor visits, dog walking or exercise. Most Bay Area counties have a curfew.

“It’s about protecting ourselves, our families and our community, and getting to a better place so we can get people back to work and support our small businesses,” London Mayor Breed said in a statement. “Every single person needs to do whatever they can in the coming weeks.”

A huge fall for San Francisco, which was the least restrictive yellow in less than a month. The cases have tripled in the past four weeks, public health officials said. The city reported an average of 130 new cases per day per week, compared to 73 cases per day in the first week of November.

“The data is clear: the current seizure of COVID-19 cases is more aggressive and widespread than we have seen before,” said Dr. Grant Colfax, San Francisco’s director of health. “Now we need to take decisive action – as a city and as an individual – to prevent this virus.”

The curfew is likely to hurt the struggling restaurant industry, says the Golden Gate Restaurant Association, which represents restaurants in San Francisco. Although they can still offer al fresco dining, they will have to leave the dining room by 10pm and will probably have to stop bookings at half past eight.

Meanwhile, San Mateo County reported an increase of about 85% in new cases from October to November.

“We haven’t seen numbers like this in a long time, and we really need to reverse this incredibly worrying trend,” said Mike Callagy, San Mateo County Manager. “It’s important to note that we can reverse the trend as long as we follow common sense health and safety practices.”

Janelle Bitker of the Chronicle contributed to this report.