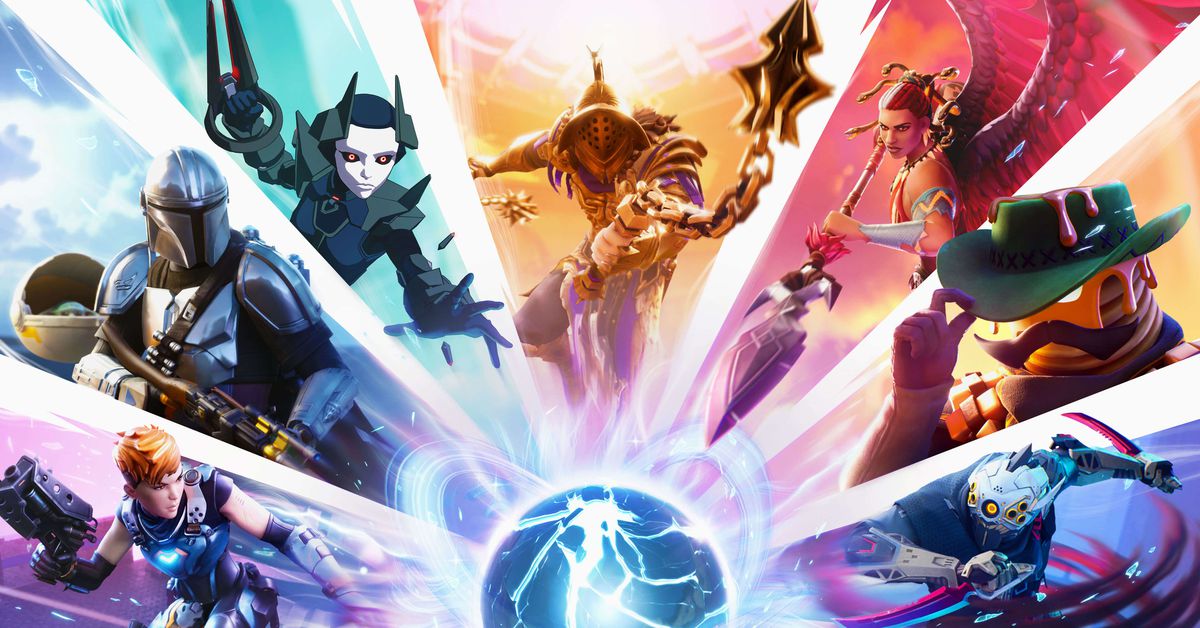 The reality at Zero Point Fortniteits island brings all sorts of strange, brand new diverse areas to the mainland. And the characters feel similarly weird. They range from an ancient gladiator through a winged gorgon to a cel-shaded anime fighting angel. Of course, there’s The Mandalorian, the vile Grogu, and a cowboy pile of pancakes called Mancake the Fighting Flapjack.

Players can help the island’s new characters with missions and rewards and hire them for their allies. Aggressive players can invite new characters to duel for a reward. New payouts require bars that players can earn by “completing quests and rewards, losing players, or finding hidden places hidden around the island”. These bars can also buy you “new exotic weapons, upgrades, intelligence, services and more”.

Epic Games thought that Agent Jones, at the center of the Zero Point arc, as seen in the trailer above, “would bring in more hunters from the afterlife.” With Fortnite characters torn from the Marvel, DC, and Star Wars universes, what could be next?