The 11-year-old California boy died by suicide in a virtual class, according to authorities: TheGrio 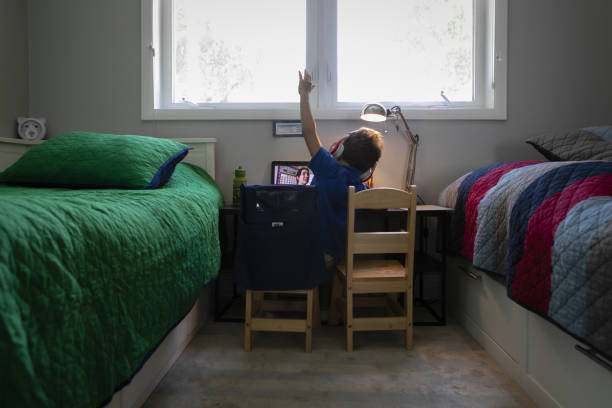 A young boy tragically took his life while attending a virtual school in Woodbridge, California.

The 11-year-old student was home alone with his sister, who was practically going to school when he heard a shot on Wednesday. She discovered her brother, her shot in the head.

He warned Zoom’s department of what had just happened and ran out, shouting for help from neighbors, litigation NBC subsidiary KCRA.

“The nurse [came] he’s banging on the door here, a neighbor said. “This little boy was the prettiest little boy you ever wanted to meet.” It was special. Casual. He was a man who never hurt anyone. Soft-spoken with a beautiful smile.

Around 11 a.m., the boy was taken to a nearby hospital, but eventually died of his injuries. Her parents were near her, lawsuit Recordnet.com.

The San Joaquin County Sheriff’s Office involved in the case said kindly, “We have thoughts with the family and all those affected by this tragic event.”

A spokesman for the Lodi Unified School District confirmed that the incident took place during a virtual class.

Supervisor Cathy Nichols-Washer sent a letter about the tragic incident and offered counseling services to students and staff.

“Our thoughts are with the family affected by this terrible tragedy,” reads a letter. “We also extend our condolences to the Woodbridge Elementary community.”

“During this time, we need to control each other and our children and know that the community is the antidote to the crisis,” he wrote to social media. “We need to give priority to our children when we persevere through this epidemic.”

The boy’s death is being investigated as suicide.

You signed up for this theGrio podcast “Dear Culture”? Download our latest episodes now!