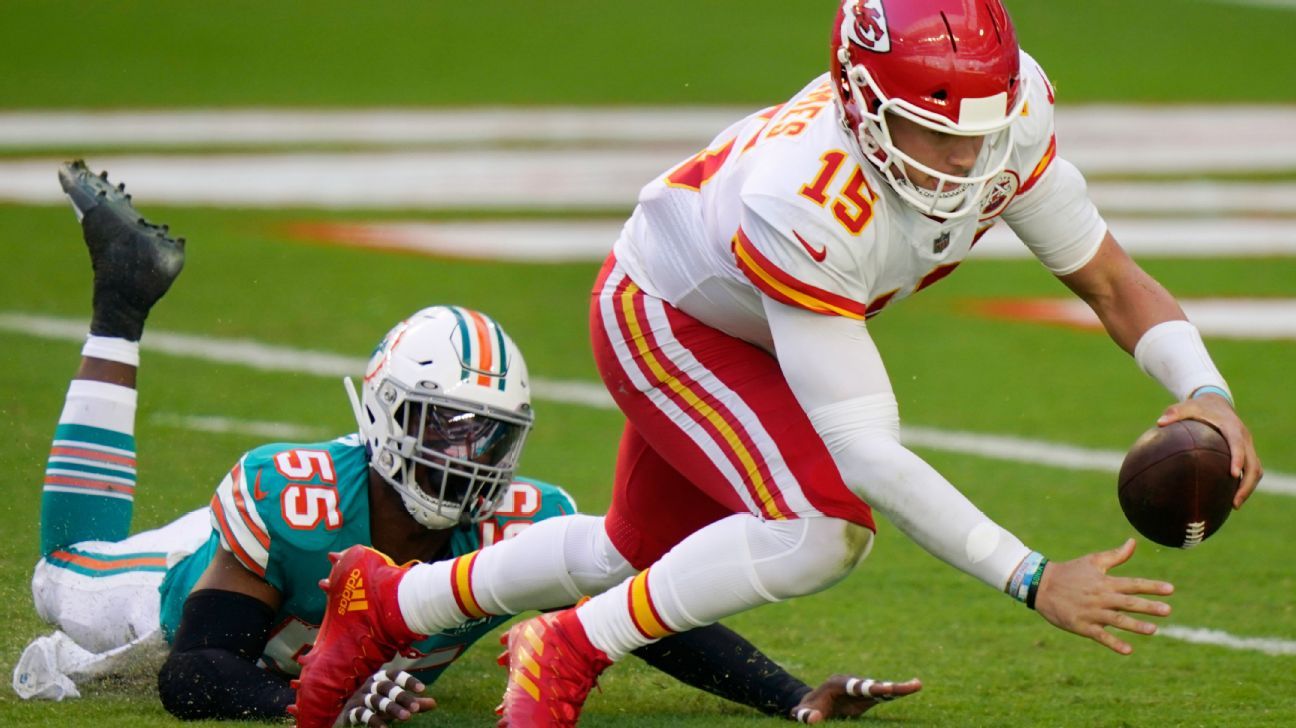 MIAMI GARDENS, Fla. – Miami Dolphins linebacker Jerome Baker was supposed to be the best ticket game of his life to chase down Kansas City Chiefs defender Patrick Mahomen for the 30-yard bag at the end of the first quarter.

He was third and 12th, and the dolphins showed lightning strikes, but only brought four rushes. Emmanuel Ogbah received some initial pressure, forcing Mahomes to retreat toward his end zone, and Baker chased him.

Baker’s 30-yard Mahomes bag represents the second most lost yards in the last 20 seasons, according to ESPN Statistics and Information. Ryan Tannehill, while playing for the Dolphins in 2015, lost 38 yards on a sack in a game against Washington after he fell and the ball rolled back. Mahomes is the first player to lose 30 extra yards without sacking, without being scandalous by Phil Simms on November 18, 1979, against the Buccaneers.

The Leaders were eventually forced to force the fourth and 42nd scores. The Dolphins took advantage of a good field position when Tua Tagovailoa led an attack on a 7-0 lead on a touchdown drive.

It was one of the most important games for Dolphins defense in the first quarter. Miami twice captured Mahomes. Mahomes had only two passes in the year to come, and for the second time in his Sunday career, he threw multiple first-half passes.