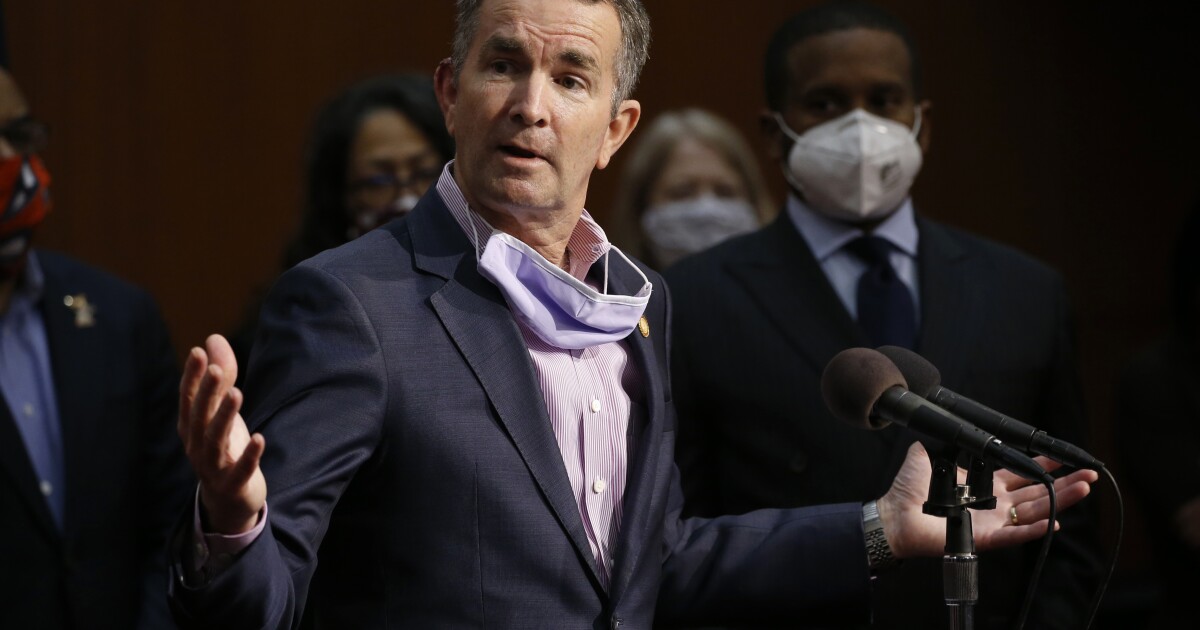 The restrictions will be “nuanced and consistent with our targeted, data-centric response,” the spokesman said.

Although the exact nature of the measures is not known, the governor has previously said he will do everything necessary to slow the spread.

According to a source familiar with the plan, the closure is not part of the governor’s announcement.

Last month, Northam announced significant nationwide restrictions on gatherings and some businesses in order to slow down the growing number of COVID-19 cases and the possibility of hospital care.

It previously lowered the ceiling for public gatherings from 250 to 25. It also applied the state mask requirement to younger children and banned the sale of alcoholic beverages in restaurants after 10 p.m.

Virginia reports 2,500 and 4,500 new cases of COVID-19 daily after the Thanksgiving swell.

The country-wide positivity rate ranged from 10% to 11%.

Roy Cooper, the governor of North Carolina, has instructed several businesses to shut down by 10 p.m. to slow the spread of the coronavirus.

Grocery stores and some grocery retail stores may still be open after 10 p.m.

Bars and restaurants should be closed by then.

Cooper wants people to move away from the streets between 10:00 pm and 5:00 pm due to cases, hospitalizations and deaths in the state.

North Carolina hopes to deliver the first shipments of COVID-19 vaccine to hospital staff next week.

The new mayor of Baltimore is announcing new COVID-19 restrictions

The new mayor of Baltimore has announced that indoor and outdoor meals will be shut down this week to combat the spread of COVID-19 in Maryland’s largest city.

Mayor Brandon Scott made an announcement on Wednesday.

The restrictions will take effect on Friday at 5 p.m.

Scott also announced that the capacity of religious facilities, retail facilities and shopping malls will be limited to 25% of the maximum capacity.

The announcement came as leaders of Maryland’s seven largest legal systems, and Scott planned an afternoon press conference to encourage state residents to adhere to COVID-19 safety guidelines in their jurisdiction and across the state.