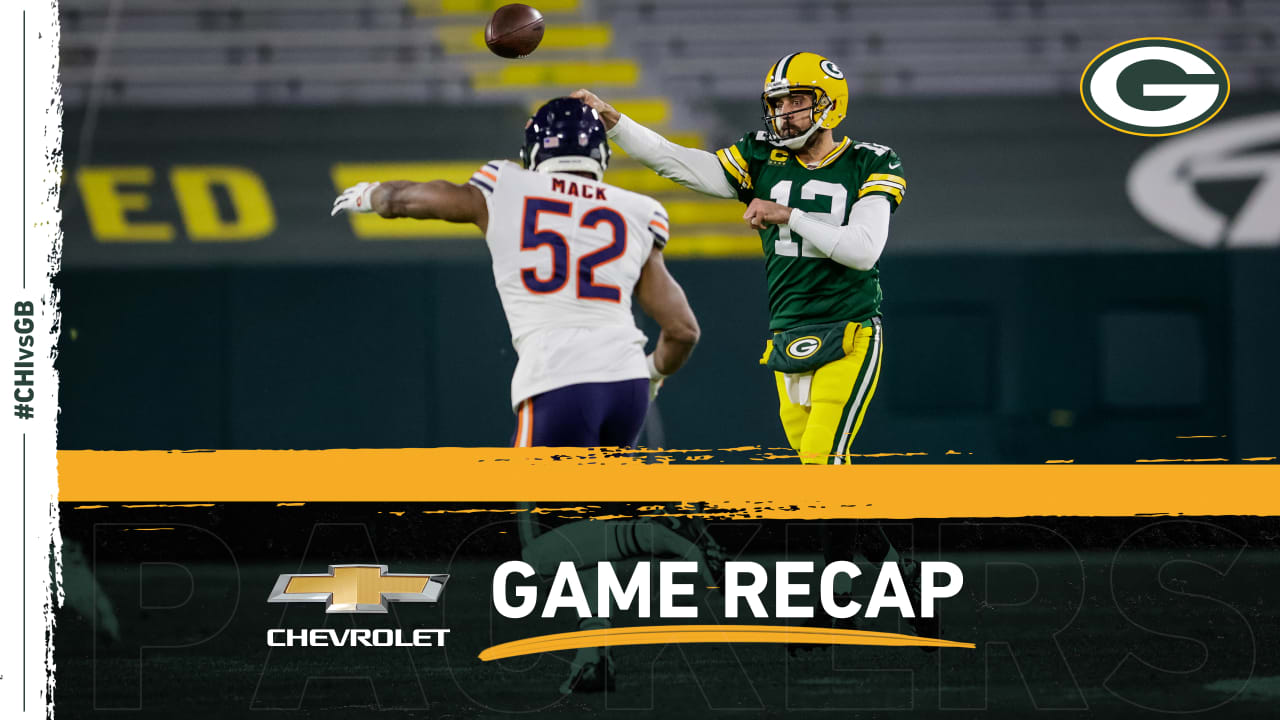 GREEN BAY – The Packers did exactly what they needed on Sunday night and did it impressively.

The 41-25 victory, the 100th victory in the Packers ’inherited series, was nowhere near as close as the end result. Most importantly, the Packers put full control of the NFC North race with an 8-3 balance, with only five games left in addition to three games between both the Bears and the Vikings.

“I love where we’re at,” said Aaron Rodgers, a quarterback who threw four TD passes to four different teammates with a rating of 132.3 passes. “To fight back against a divisional rival in a game that could really put us in the driver’s seat, we played the way we should play.

“I said it before the game and I believe that if you want to be a great team, you have to win these games.”

The effectiveness of head coach Matt LaFleur’s attack was obvious from the start as a mixture of running and pass kept the Bears on their heels. The Packers scored a touchdown the first three times when they scored a ball and never looked back.

The Chicago defense, which greatly missed the passenger Akiem Hicks (thigh flexion injury), was in first place in both the third and red zones of the league, but the Packers dominated these areas.