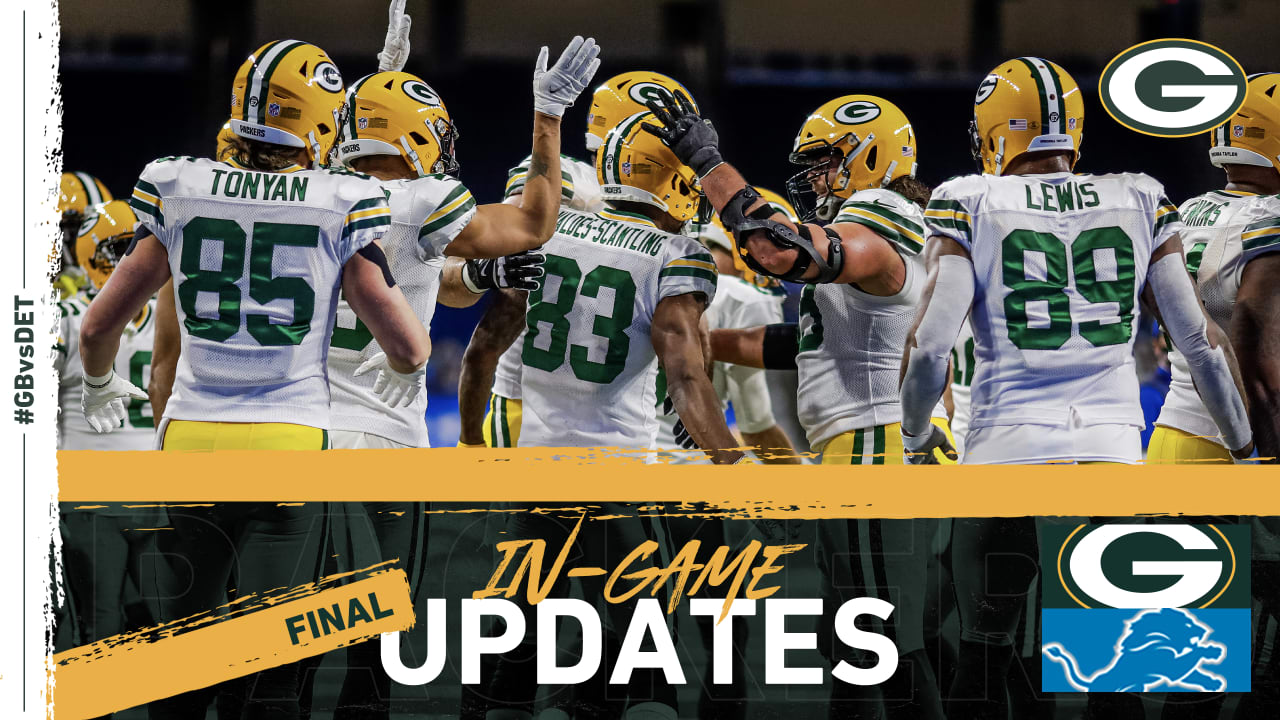 The Green Bay Packers took the second straight NFC North title with a 31-24 win over the Lions at Ford Field in Detroit on Sunday.

With the win, the Packers took a four-game lead in the division with three games, ending the race. They also tied Saints for 10-3 for the NFC’s best record after defeating New Orleans in Philadelphia. Technically, the Packers hold first place thanks to winning head-to-head over the Saints in Week 3.

QB Aaron Rodgers was 33 to 33 at 290 yards, with three TDs and a 133.6 pass rating. WR Davante Adams scored seven catches for 115 yards and a TD, his career highest in the 14th and eighth straight games, breaking the team’s record with a touch.

At the Lions, QB Matthew Stafford scored 244 yards 24/34 with a TD and a 100.6 rating before leaving with an injury at the end of the game. The Lions rushed only 51 yards. TE TJ Hockenson had six catches of 43 yards and one score.

In a tie at 14 at half-time, the Packers dominated in the third quarter and early fourth, taking a 28-14 lead, but the lions bounced back to get 28-21. K Mason Crosby kicked a 57-yard field goal, making it the second longest in franchise history, giving the Packers a 10-point lead. But after a long kick-back and the field goal, the lions cut again for seven minutes.

The Packers closed the match with an attack, a third down turn, and Rodgers hit Tony to move the chains and not give the ball back to the lions.

All operations are summarized below: