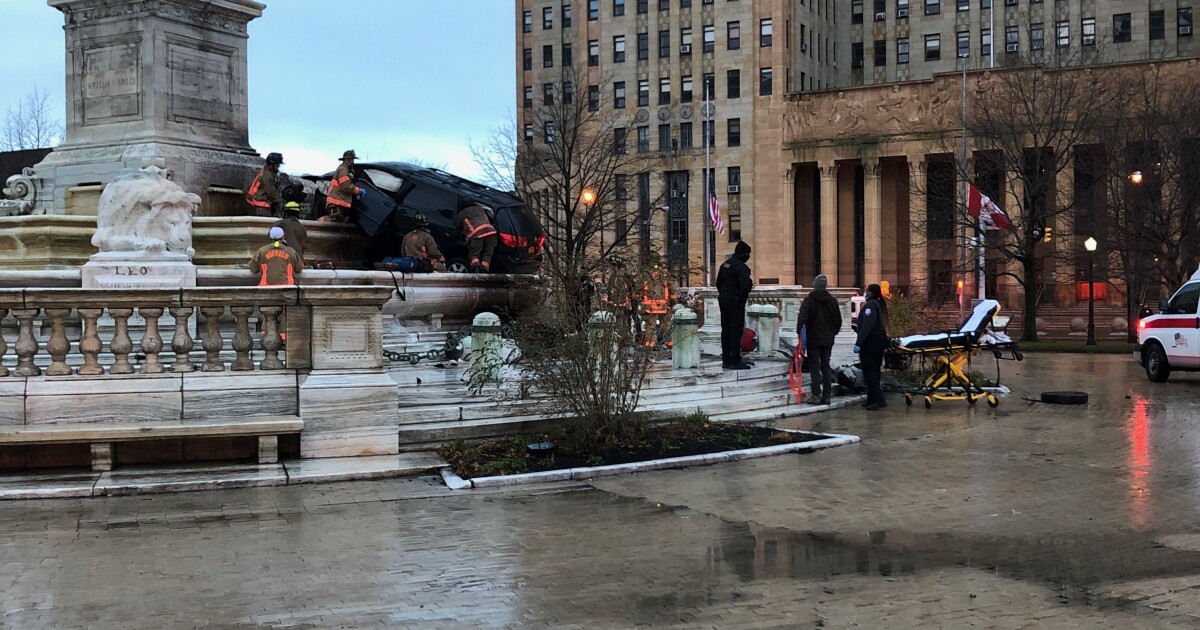 BUFFALO, NY (WKBW) – One person died and another was seriously injured when a minibus crashed into the McKinley Memorial in Buffalo’s Niagara Square on Thursday morning.

Buffalo police said the driver was driving down Delaware Avenue when he lost control of Toyota Sienna and crashed into a monument in front of City Hall.

Police said the female passenger died after the accident. The male leader is in a critical condition.