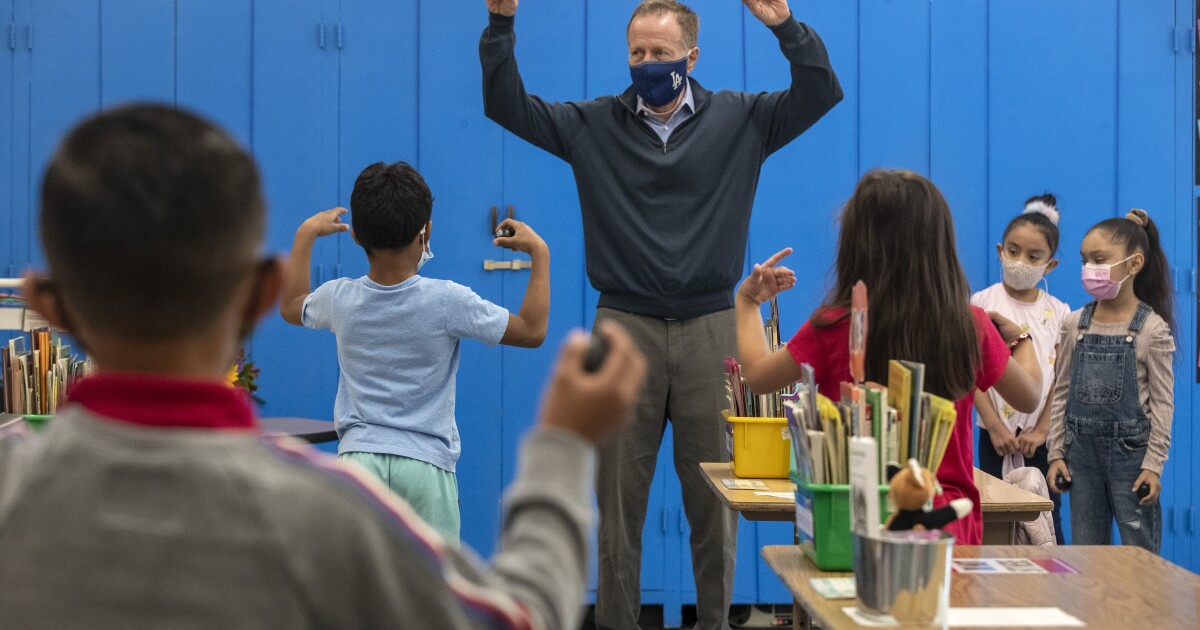 California’s coronavirus case is the lowest in the continental United States, a result that reflects months of hard-won progress against the pandemic after the state’s devastating fall-winter wave.

The number of the state’s most recent seven-day new cases – 40.3 per 100,000 people – is dramatically lower than the national 135.3, and Hawaii alone, with 39.1 leads over the same period, according to the Center for Disease Prevention and Control. .

Among the larger states, the comparable rate for the same period was 201.1 in Florida and 65.9 in Texas.

While long-term hopes for the introduction of COVID-19 vaccines continue, the epidemic is still a more immediate threat – especially in areas where cases are on the rise.

“Cases and hospital care are increasing in some areas of the country, and the number of cases that have not yet been vaccinated is increasing among younger ones,” CDC director Dr. Rochelle Walensky said in a briefing earlier this week. “Like all of you, I want to get back to the things I love with my family and friends that I haven’t seen in the past year. We all have a role to play in reversing this tide and directing our affairs downward. “

However, California has so far avoided the growth seen elsewhere.

The rate of cases in the state has been among the lowest in the country for some time, and the numbers reflect sustained and significant progress made by the state – all the more important as the state rushes to vaccinate as many people as possible and avoids other countries and globes. spikes are also characteristic of its areas, officials say.

“To keep COVID-19 from spreading steadily, we need to be vigilant and continue to take precautions in the coming weeks so we have time to vaccinate more people,” said Barbara Ferrer, Los Angeles County Director of Public Health. .

Last week, California reported an average of 2,320 new cases a day – a 13% decrease from two weeks ago, according to The Times.

Last winter, the average reached more than 40,000 new cases a day in California.

Other indicators of the state continue to move in an encouraging direction.

On Tuesday, 1,774 coronavirus-positive Californians were hospitalized nationwide, with 437 in the intensive care unit. Even though these numbers have been slightly yo-yoing day by day, they are still among the lowest the state has seen since last spring.

Last week, the state registered an average of 81 COVID-19 deaths a day – that’s still the number of sobering victims that nonetheless plummeted from the height of the wave as the average number of deaths a day approached 600, Times data show.

California’s advancement is reflected in its reopening, as restrictions on the coronavirus have recently been lifted in many parts of the state.

Just this week, the counties of Fresno, Santa Barbara, Kings, Calaveras and Mono moved to the orange level – the second most permitted in the state’s four-category, color-coded reopening plan.

This will allow businesses in these areas to engage in a wider range of indoor activities with greater capacity.

Of California’s 58 counties, 38 reached the orange level and three made it to the final, most lenient yellow level. None remain the strictest purple.

On March 9, 34 counties were still in purple, and only four were awarded orange or yellow.

However, officials stress that progress is not permanent and that both residents and businesses have a responsibility to ensure that allowing further activities does not lead to an increase in the spread of the coronavirus.

“Every member of our community has an important role to play in achieving and continuing to enjoy the benefits of easing restrictions,” said Dr. Henning Ansorg, Santa Barbara County Health Officer. “We must continue to keep safety practices in mind, including wearing masks, keeping physical distance, washing hands and vaccinating as soon as possible.”

The latter point is particularly important both in the short term to cushion any new waves of COVID-19 and to put an end to the pandemic once and for all.

Providers across the country have delivered 27 million doses of vaccine to date, and 44.5% in California have already received at least one shot, CDC data show.

More than a quarter of the state’s population is fully vaccinated – meaning they received both required doses of Pfizer-BioNTech or Moderna vaccine, or received the single-shot Johnson & Johnson vaccine before dosing was paused while federal health officials studied a possible link for extremely rare blood clots.