The search continues after 2 refugee prisoners in Tennessee 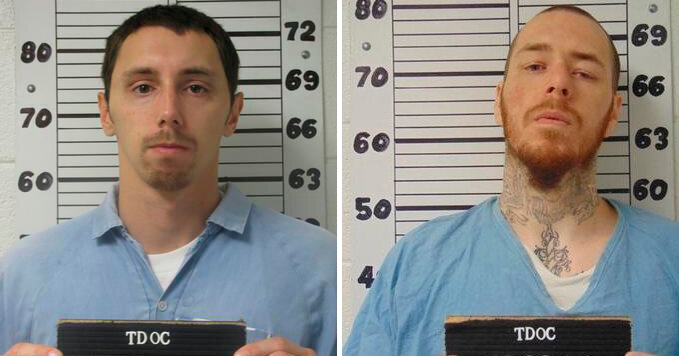 Tennessee authorities were looking for two men on Sunday who they think escaped from prison last week and then kidnapped a man and stole his truck.

The men, Robert Lee Brown and Christopher Osteen, fled the minimal security outbuilding at the Northwest Correctional Facility in Lake Tenn County, Tenn. the authorities said. The Tennessee Detective Bureau said men should be seen as armed and dangerous.

After their escape, around 9 a.m. Friday morning, the men abducted a man from a ship ramp on the Mississippi River, the sheriff’s office in Henry County, Tenn. The sheriff’s office said the man worked for the Kyult Fulton County Highway Department.

Later in the afternoon, the employee was found unscathed in a truck issued by the department north of Paris, Tenn. In the state where the refugees left, the authorities said.

“Based on blindfolded statements, it was believed that the refugees had transported another vehicle to an unknown location,” Henry County Sheriff’s Office said.

Early Saturday morning, Henry County MPs found another man moored at his Paris home. His truck, a red 2009 Chevrolet Silverado pickup with an extended cab, was stolen, the sheriff’s office said. Authorities said the refugees tied up the man and stole his truck around 10:30 a.m. on Friday.

The Henry County Sheriff’s Office asked citizens to “check their friends and relatives and watch for suspicious activity”.

Prison officials refused to tell how the men escaped. Officers noticed that they left around 8:30 a.m. local time, after counting emergency detainees, the Tennessee Department of Local Justice said in a statement.