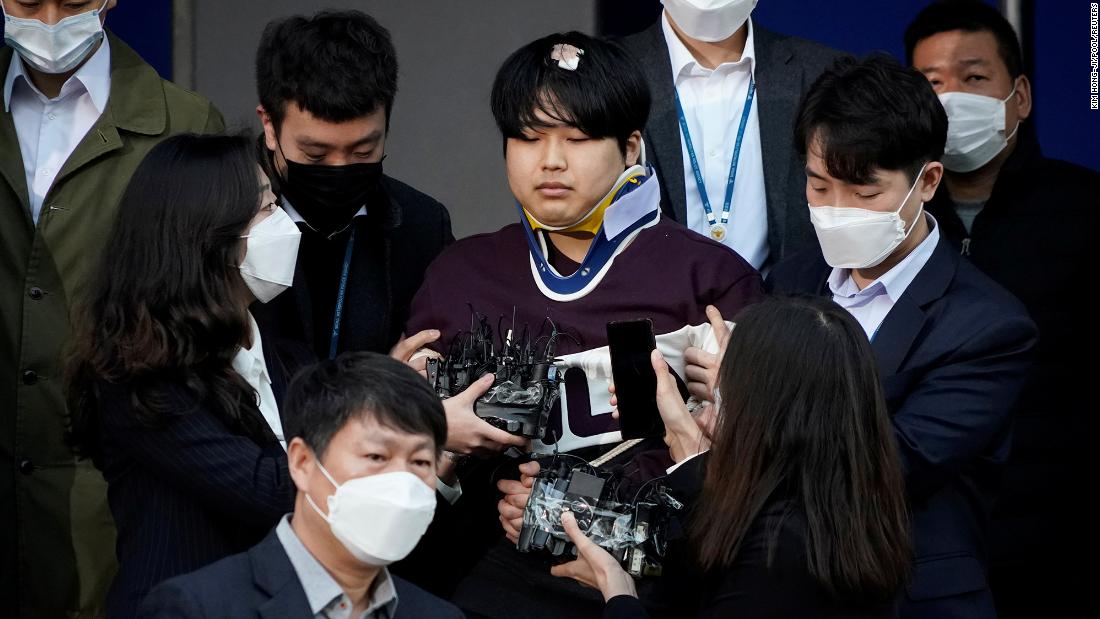 Cho 25-year-old Cho Joo-bin has provided online rooms in Telegram’s encrypted messaging app, where users pay for forced sexual acts on young girls. At least 74 victims, including 16 minors, were blackmailed into uploading explicit images into group chats. At least 10,000 people have used the chat rooms, some paying up to $ 1,200 for access, officials say

He was also found guilty of “instructing a third party to directly rape a minor victim,” the judge said.

Prosecutors called for life imprisonment, arguing in court that his crime was “never an example in history,” and that Cho “insulted and hated” the victims without remorse.

After the verdict, Judge Lee Hyun-woo explained that Cho did not have a criminal record and “made some agreements with some victims.” However, Cho “created an organizational structure” that fell victim to women and benefited from exploitation.

“He uncovered the personal data of the victims, causing not only harm but also repeated harm to the victims by repeatedly disseminating it,” the judge said. “His behavior has caused extraordinary pain to the victims and is demanding severe punishment.”

“Given the seriousness and meticulous portrayal of the crimes, the number of victims and the damage done to the victims, the social damage caused by the crime and the attitude of the accused, the accused must be separated from society for a long time.”

Police arrested more than 120 people in chat groups in March. Most of Cho’s staff were also indicted; five other people were sentenced on Thursday to seven to 15 years in prison.

One of the staff members, the minor, identified only by Lee’s last name, was sentenced to a juvenile facility for a minimum of 5 years and a maximum of 10 years.

Cho’s verdict received mixed results from the public, with some praising the decision and others saying he should have received life imprisonment.

Lee Hyo-rin, an activist in the coalition of nonprofits, called the verdict a chance to reflect on the lenient decisions of past digital sex crimes.

“In the past, digital sex crimes have been poorly punished in South Korea, so there is high criticism of the judiciary,” Lee said. “Similar crimes are taking place in the country and I hope this decision will provide guidance on the imposition of severe penalties for possible future digital sexual crimes.”

Prior to the verdict on Thursday, Cho Joo-bin and several victims last testified at a trial on October 22, where the victims described the exploitation they faced and the trauma left.

“I wish I could throw everything away. I have to live with the damage I still haven’t forgotten,” a statement from one of the victims, read by their attorney in court, said. The identities of the victims were kept secret.

“I would like to ask what he regrets and what he reflects on when he says, ‘I am sorry.’

“It’s difficult to live everyday life because of personal information and sexual exploitation. I’m so busy deleting videos circulated by Cho Joo-bin that my daily scars seem endless no matter what treatment I get. Wounds are endless, I hope Cho’s punishment is endless. “

Cho also made a statement apologizing to the victims.

“I didn’t think much about human dignity at the time of the crime. I admit that I committed the crime by using sex as a tool,” he said. “There is no excuse or evasion. I must honestly atone … The victims are not at fault and I am responsible for everything.”

Cho was just one of many service providers who had similar chats on the Telegram when the two university students clashed with private groups. Cho went under the pseudonym “Guru” (Baksa in Korean) and led at least eight groups, some of which had more than 9,000 members at a time.

Cho obtained his victims by posting fake modeling jobs online, police said. Young women would send their personal information, including their social security number and address, to get paid, along with photos.

Once recorded, they are asked to submit more revealing images, which Cho then used as extortion material. He would threaten to post them with their personal information on the internet if the girls don’t work in Telegram chat rooms, police said in March.

There were three to five girls in each chat room, whom Guru called “slaves,” who obeyed requests for pictures and videos of express actions. One of the girls was ordered to write the word “slave” over her genitals. Another barked naked like a dog.

Users paid $ 1,200 to enter a room with bitcoin transactions, police said in March. Because Bitcoin is a decentralized currency and there is no company or official bank to oversee transactions, users can keep their transactions confidential.

The case has been widely followed and condemned across the country, which has been plagued for years with widespread sexual abuse and widespread hate speech.

In 2018, tens of thousands of women marched into the streets of Seoul to protest against the illegal filming of women with cameras hidden in motels and public toilets. Videos taken by these spy cameras were distributed online.

And in 2019, South Korean police discovered an online group chat that shared sexually explicit videos of women that were filmed without their knowledge and consent, and named several prominent K-pop stars as members of the group.

A series of scandals launched a wave of protests, campaigns against sexual harassment, called for greater action and accountability, and the main voices and ideas of the feminist rose.

After Cho’s arrest in March, more than four million people signed two petitions demanding the most severe punishments and calling for the release of the names and faces of all concerned.