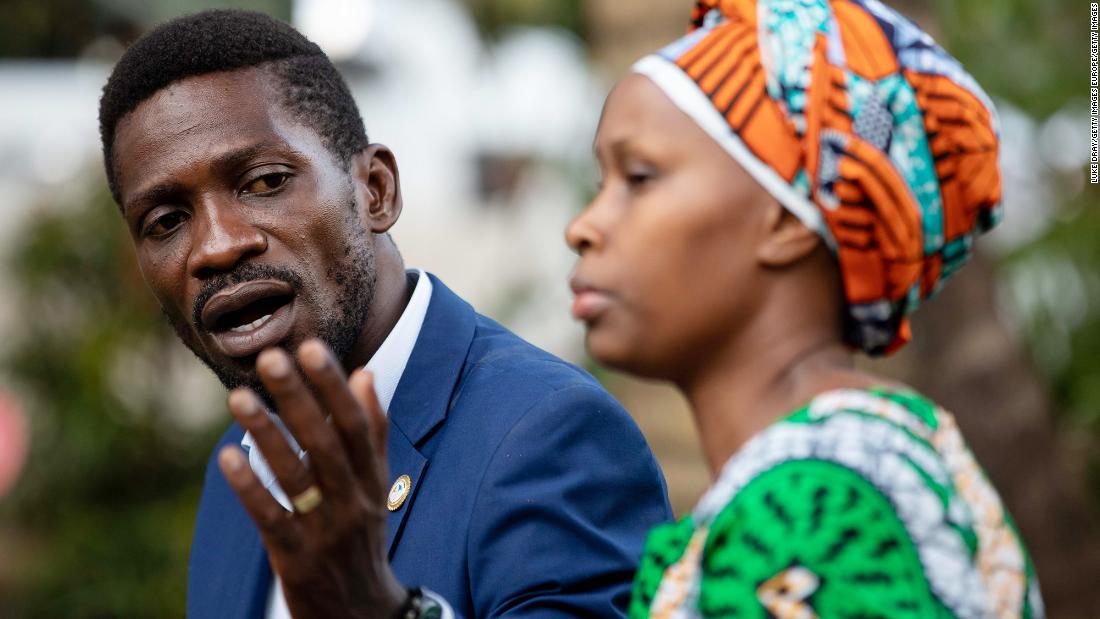 Wine – the singer became a politician whose real name is Robert Kyagulanyi – was placed under house arrest after the military surrounded his home on Friday.

Uganda’s longtime leader, Yoweri Museveni, has been declared the winner of a record sixth cycle amid internet power outages and rigging claims.

Ambassador Natalie E. Brown visited a Wine resident to examine her health and safety because “she was virtually unable to leave her home, security forces surrounded her residence,” the Kampala embassy said in a Facebook post.

“Uganda’s election campaigns have been marred by harassment of opposition candidates, campaign staff and supporters, repression of media and civil society organizations, and a nationwide internet shutdown before, during and after the vote,” the post said.

Speaking through one of his co-workers, Wine said he ran out of food and Brown was unable to leave him alone.

“The main motivation for us to pursue what we do in the face of intimidation is that what we do is moral.” he said in a voice message posted on Twitter on Monday.
Wine’s wife, 18-month-old niece Barbara Itungo Kyagulanyi, is at the residence and her father has been refused entry because no one can leave or enter the farm, Wine said on Twitter.

Wine rejects Saturday’s election results, saying it has evidence of fraud and intimidation. He did not provide details of the alleged evidence, saying his team would share it when restoring lines of communication.

Uganda’s government spokesman, Ofwono Opondo, wrote opinion article that Brown should not “cry for his Ugandans,” and accused the United States of interfering.

“The fact that Natalie doubts that the election will not be‘ credible ’simply because the U.S. embassy voluntarily withdrew from the observation is pointless shooting,” she said in her piece, which she posted on her Twitter page.

If American democracy was invincible, Brown must first note President Donald Trump’s false allegations of electoral fraud and the Capitol riot, he added.

“From now on, Natalie should be the last person to give unqualified lectures on election integrity.”

The embassy called on the Museveni government to respect the “human rights and fundamental freedoms” of its citizens and to “respect international human rights standards.”