Posted by Jennifer Smith on Dailymail.com

Three American marshals were wounded and one refugee died after being shot in the Bronx on Friday.

Andre K. Sterling, 35, has been on the run for two weeks after shooting a state soldier at a traffic stop in Cape Cod.

On Friday morning, the American marshals followed him to a Bronx estate where an arrest warrant was planned.

Andre K. Sterling, 35, has been on the run for two weeks after shooting a state soldier at a traffic stop in Cape Cod.

Instead, Sterling opened fire, injuring all three police officers before he was shot dead.

On November 20, Sterling shot into the hands of a state soldier, John Lennon, 28, at a traffic stop in Hyannis, Cape Cod.

He then fled to New York.

Massachusetts police issued an alert to him and warned the public that they were armed and dangerous.

Wounded U.S. officials were transported to Jacobi Hospital on Friday morning to treat their injuries.

A second suspect was also taken to hospital on Friday morning.

No other information was provided. 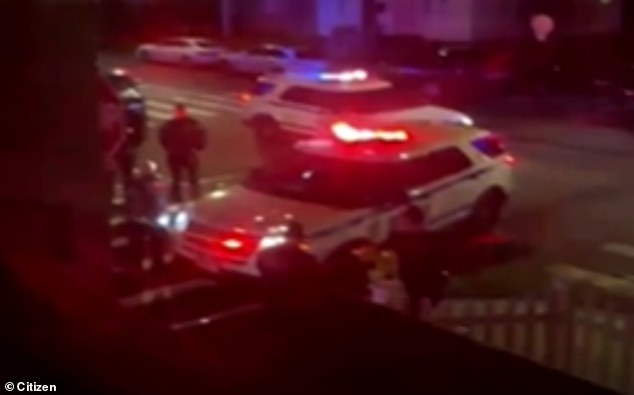 The scene in the Bronx Friday morning after the shooting