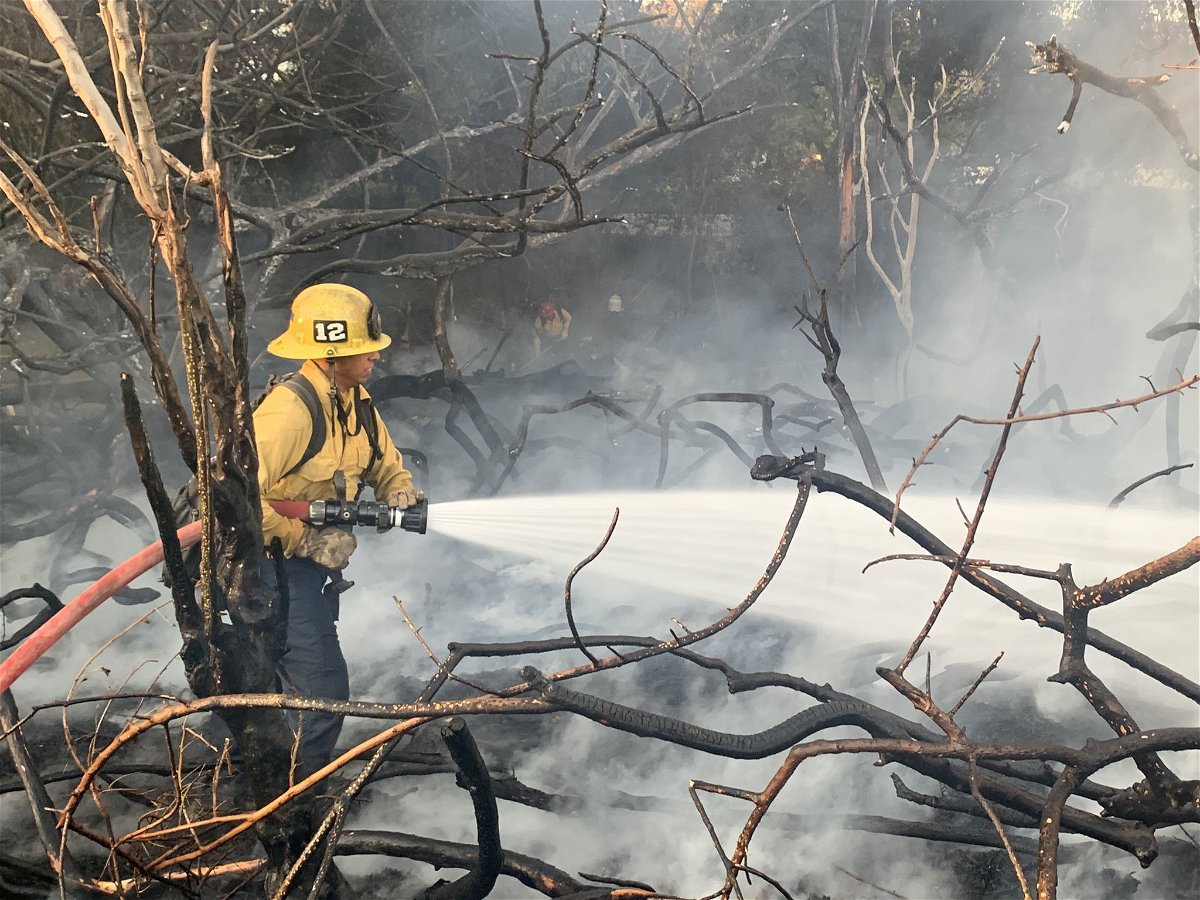 GOLETA, CA – The Santa Barbara County Fire Department reported a second and a third fire near the vegetation fire that burned on Main Road 101 near Patterson Avenue in Goleta on Friday.

Crews stopped the progress of the first fire near the Patterson Avenue Highway on Friday afternoon.

The fire was called around 15:52 a.m. and is described as a homeless campfire in the vegetation between Highway 101 heading north and the 5400 block of Calle Real.

The first engine arriving at the scene reported strong flames and smoke in the trees on the right side of the highway.

The crew immediately began to overthrow the fire from both the motorway and Calle Real.

Significant progress has been made and the buildings have been successfully defended.

The second fire allegedly exploded about 100-200 meters north of the first site. Additional fire sources will be sent to the area.

A woman was then taken to Cottage Hospital for burns. It is believed that someone is living in a homeless camp. No other injuries were reported.

The progress of the fire was stopped around 4:42 p.m. The crew stays on site, recharging the hot spots.

The Santa Barbara County Sheriff’s Office has been called to stop both directions on Calle Real between Patterson and Kellogg and the Patterson Avenue onramp.

Highway 101 was temporarily closed in both directions, but one of the north and all south lanes has since reopened.

The cause of the fire is being investigated.

The Santa Barbara Humane Society has announced that due to great caution, all of their animals will be moved to the Santa Maria site at night.

Humane society is located above Patterson in a fire on the 5399 overpass. They said the animals would be brought back to Santa Barbara in the morning.

We will update this story as more information becomes available.