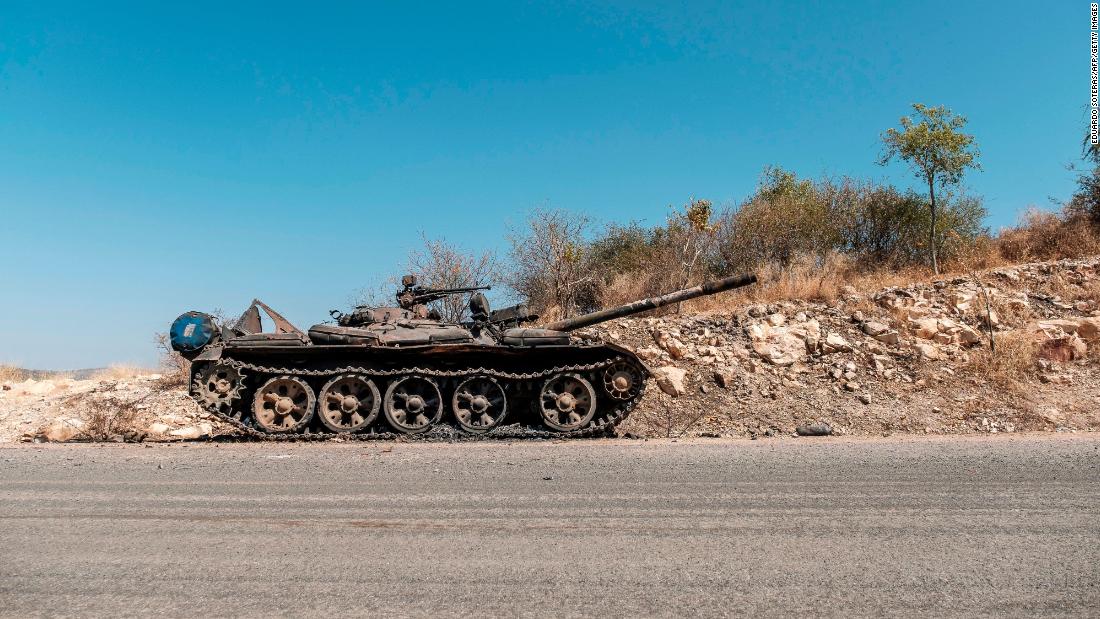 The Ethiopian prime minister on Sunday urged members of the region’s governing party, the Tigray People’s Liberation Front (TPLF), to surrender “within the next 72 hours, recognizing you are not at a return point”.

But TPLF spokesman Getachew Reda said their forces were fighting a fierce front on the front and suggested that if federal forces seize Mekelle’s regional capital, the TPLF would simply change strategies to recapture fallen cities. “We’ll never let you stay safe for a minute,” Reda said on Tigray TV on Monday.

On Tuesday, Getachew told Tigray TV that a prestigious Ethiopian army unit, which he called the 21st Mechanized Division, had been “completely destroyed” in an attack on Raya-Wahirat led by the unit’s former commander, who went to the A TPLF side. reported Reuters.

Billene Seyoum, the prime minister’s spokesman, told Reuters that this was not true.

CNN was unable to verify either party’s statements due to a regional communications power outage.

Government forces say Mekelle is currently being locked up before the promised “last phase” of the military operation there, after strictly warning Tigray forces of the surrender.

The federal military said the third and final phase of the military operation plans to surround the regional capital, Mekelle, with tanks, warning civilians to beware of artillery.

The Ethiopian federal government declared a “war” against the TPLF earlier this month. Nobel laureate Abiy has ordered the Ethiopian Defense Forces (EDF) to lead a “law enforcement operation” in the area that includes airstrikes.

The conflict threatens to undo years of progress in Africa’s second most populous country and the peaceful region of the Horn of Africa.

Hundreds have died and nearly 39,000 refugees have fled to Sudan’s neighborhood, including 17,000 children, according to the United Nations. Humanitarian organizations are struggling to provide services amid the refugee tsunami.
“The response is intensifying, but the influx of arrivals exceeds capacity on the ground and more funding is urgently needed,” UN Secretary-General’s spokesman Stéphane Dujarric said at a news conference on Monday.

The conflict spread to Eritrea, where the TPLF fired missiles, and also to Somalia, where hundreds of Ethiopian tigers were disarmed in peacekeeping forces fighting al-Qaeda-linked militants.

Cyril Ramaphosa, President of South Africa and President of the African Union, met with Ethiopian President Sahle-Work Zewde on Friday.

“I appreciate the Ethiopian federal government’s willingness to work with the AU and receive delegates to find a peaceful solution to this conflict,” Ramaphosa said. in tweets after the meeting.

The European Union, the United States and the United Kingdom have been urging a reduction in escalation since the beginning of the conflict.