Time magazine names the teenage inventor the first child of the year, Science 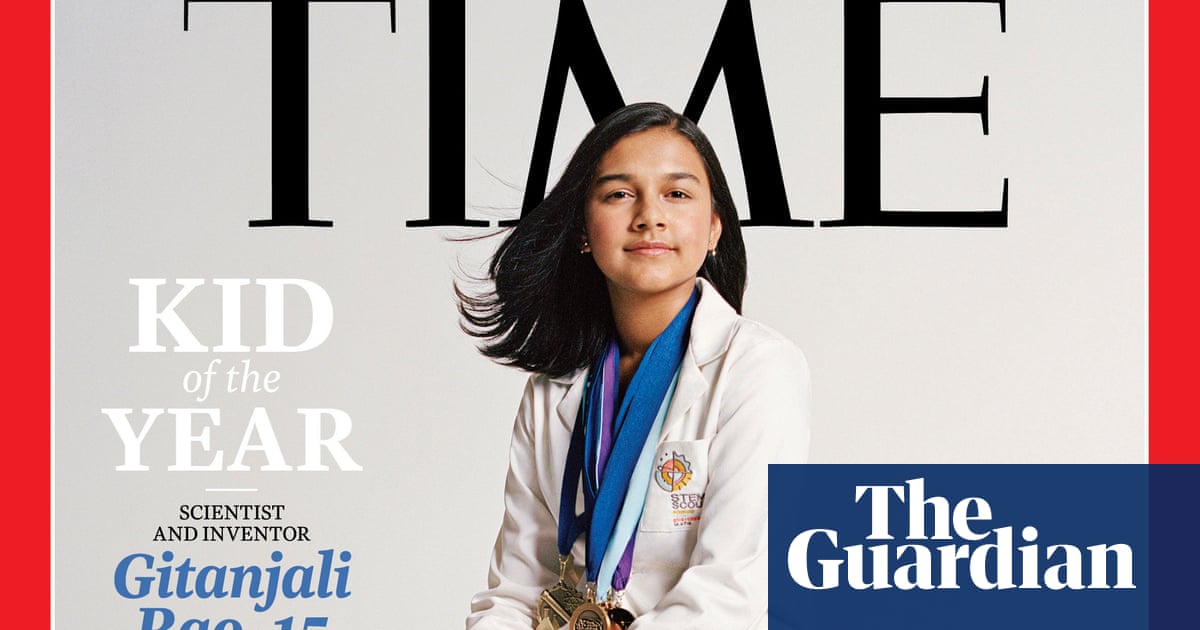 A 15-year-old scientist and inventor has been named the first “child of the year” by Time magazine.

Gitanjali Rao of Colorado, Denver, has invented new technologies in a number of areas, including a device capable of identifying lead in drinking water, and an app and Chrome extension that uses artificial intelligence to detect cyberbullying.

He said he hoped he could inspire others for ideas to “solve the world’s problems”.

Gitanjali was selected from 5,000 American nominees and five youngsters made it to the finals with a youth committee alongside humorist and television presenter Trevor Noah.

He and the other four finalists will be honored in a special TV Friday TV special prize next year.

In an interview with actor Angelina Jolie and humanitarian aid, Gitanjali said, “I don’t look like your typical scientist. All I see on TV is that an older, usually white person is like a scientist.

“My goal has really shifted, not only from creating my own tools to solving the world’s problems, but to encouraging others to do the same.

“Because from personal experience, it’s not easy not to see others like you.”

“So I really want to release this message: If I can do it, you can do it, and anyone can do it.”

Time began to present the Man of the Year award in 1927, later updating it to the Person of the Year, but this is the first time he has appointed the Child of the Year. Time, which also produces a child-friendly Time For Kids program, has teamed up with Nickelodeon children’s TV channel for the new award.

Last year, climate activist Greta Thunberg became the youngest man of the year ever when she received the honor at the age of 16.