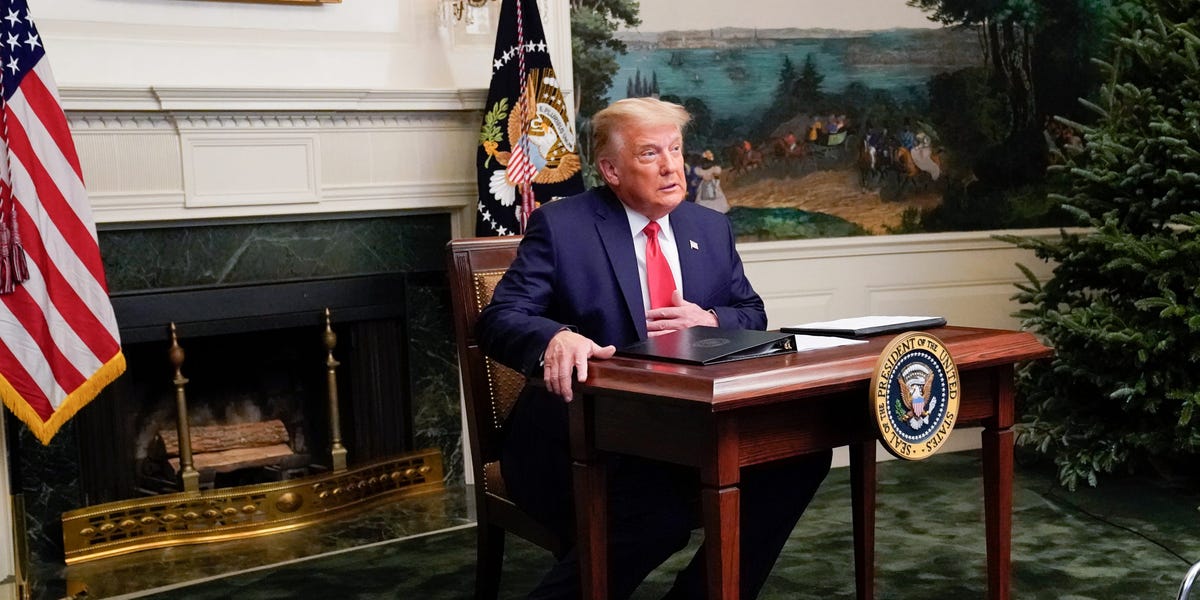 Most American families have had a modest Thanksgiving this year. But not President Donald Trump.

He spent most of the U.S. president’s Thanksgiving night cleaving to Twitter for making “false trends” when the #DiaperDon hashtag was picked up on the community site. The hashtag has more than 230,000 tweets.

He also demanded an end to section 230, which is part of a law that means technology platforms can be allowed to formulate their own rules on how to regulate the content of their platforms.

The hashtag followed a Thursday night press conference in which Trump bounced in front of White House correspondent Jeff Mason, who asked the president if he would allow Election College to vote for Joe Biden to be the official winner of the U.S. election.

In his belt beep after the conference, Trump attacked the “pseudo-media” for describing the incident and reiterated false claims that the U.S. election was “falsified” and won against Joe Biden.

Amid Trump’s frustration with journalists and the constant tweeting about election fraud, Twitter users began using the #DiaperDon hashtag to make fun of the president after sitting at a small table at the press conference.

In response, Trump said on Twitter, “Twitter sends completely fake ‘Trends’ that have nothing to do with what the world has really picked up. They make up and are just negative ‘things.'”

He also reiterated his earlier claims that Twitter discriminates against conservatives.

But he didn’t stop here.

At the same hour, Trump tweeted that Section 230 – one of Big Tech’s biggest shields – should be abolished for “national security purposes”.

This is not the first time that Trump has sought the annulment of section 230 of the Communications Fairness Act. In May, the president signed an enforcement order aimed at empowering federal regulators to amend section 230.

In recent months, Trump has stepped up this repeal as both Twitter and Facebook have conducted fact-finding and tagged their entries to prevent voters from being misled and early election victory statements.

Republicans and Democrats alike have said Article 230 needs to be updated.

But that became more of a reality on Oct. 15, when Ajit Pai, chairman of the Federal Communications Commission, said he would provide guidance on redefining the law.

Trump posted and shared a total of 14 tweets on Thanksgiving, including tweets from conservative commentators like David J Harris Jr., who falsely suggested Trump could still win the election.

The plethora of tweets encouraged Twitter users to include #DiaperDon in their posts.