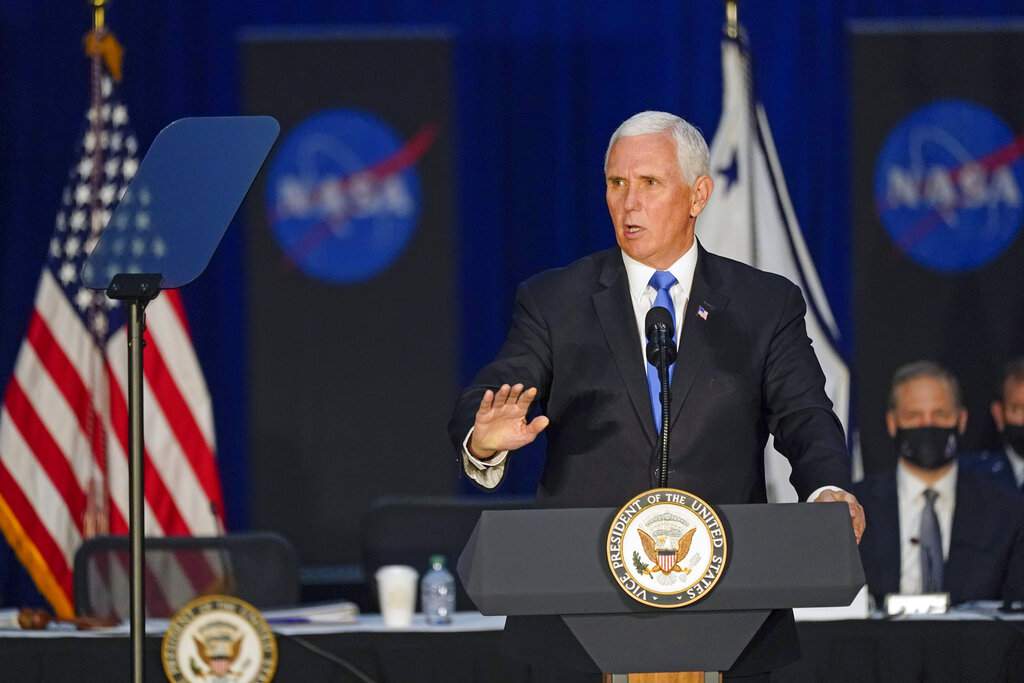 Pence landed at the Cape Canaveral Air Force Station before the National Space Council meeting at the Kennedy Space Center and unveiled the new names and a sign during the dedication ceremony.

After a brief consecration ceremony, Pence moved to the Kennedy Space Center to chair the last meeting of the Space Council. The Vice President opened his remarks on President Donald Trump’s space policy, which focused on defense.

The 45th Space Wing, which includes Patrick and the Spacecraft Station, oversees the East Range and has been reassigned to the U.S. Space Force.

Pence said Trump was inspired by the creation of the Space Force because of the growing international competition from China and Russia.

China recently hoisted its flag on the moon after landing an unseparated robot mission there to collect the moon sample. Although NASA is not affiliated with the Communist nation, the United States relied on Russia for nearly nine years in an act of Congress to transport American astronauts to and from the International Space Station.

“China is increasingly emerging as a serious competitor in space, as well as in other areas of the global economy and in line with the strategic interests of the United States,” Pence said, adding: “This competition, other nations’ investment in the earth and space security that our Commander-in-Chief has taken an unprecedented step to create the first branch of our armed forces, a new branch in about 70 years.

Trump created the U.S. Space Force, a branch under the U.S. Air Force, and restructured the U.S. Space Command to oversee national security missions in space, many of which are already departing from the Florida coast.