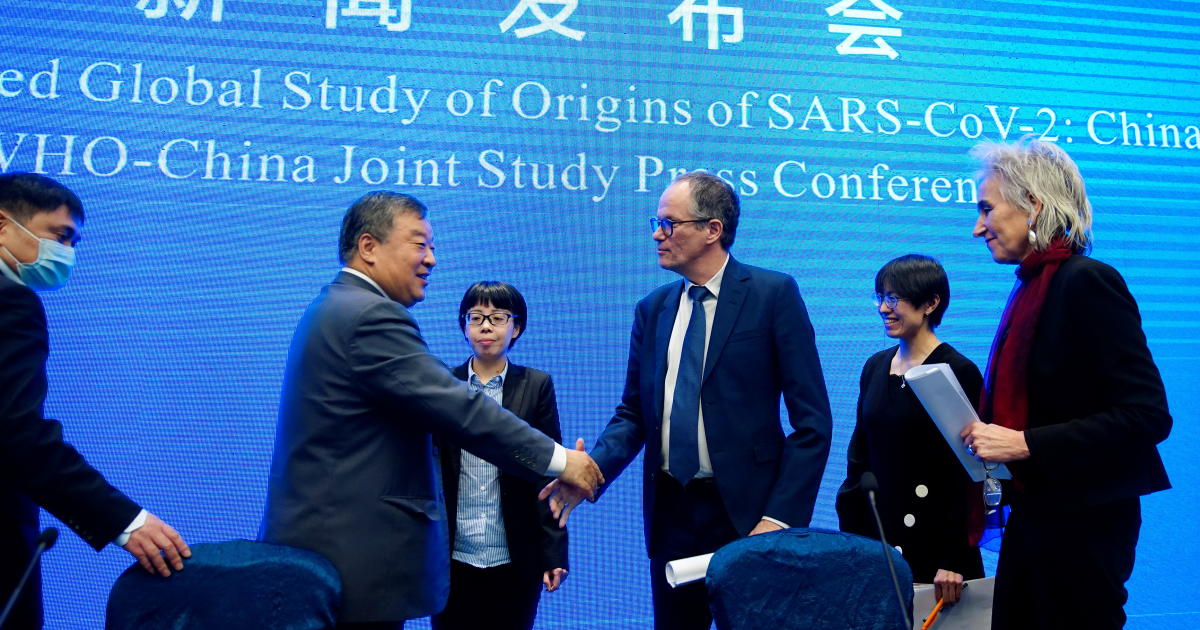 Peking – World Health Organization team, only a few days away from their full month visit to Wuhan COVID-19 experts held the first press conference on Tuesday to share the to hunt for the origin of the coronavirus. The biggest drawback of the nearly three-hour event was that scientists believe it was “extremely unlikely” that a laboratory accident was the source of the epidemic, and all current evidence “continues to point to a natural reservoir.”

The next step, said WHO chief investigator and food safety expert Peter Ben Embarek, will be to “look at possible ways the virus can enter the human population,” and any evidence that may have been traced back to earlier human jumps than currently known. .

After weeks in Wuhan, the team was still unable to answer the overarching question of where COVID-19 came from.

“From the first days of December 2019, have we dramatically changed the previously formed image?” Dutch food safety expert Ben Embarek asked rhetorically. “I don’t think so. Did we improve our understanding? Did we add details to this story? Absolutely.”

Virologist Marion Koopmans, also from the Netherlands, and Liang Wannian, a Chinese National Health Commission, spoke on stage to discuss the methodology and results at a briefing broadcast worldwide by television and social media.

Speaking to the WHO international team, Ben Embarek made four hypotheses about the origins of COVID-19, and scientists believe the “most likely route” was for the virus to spread to humans through mediating species living near human populations. He said the theory, like the others, “requires more targeted research.”

Less likely, but “still possible,” is the idea that the coronavirus jumped directly from a primary source animal into a human. Many scientists believe that COVID-19 was originally derived from certain bat species, but is not easily found in Wuhan.

The third hypothesis is the spread of the “food chain”: the virus comes from elsewhere and then enters central China on the surface of cold-chain frozen food packaging.

The WHO team says the least likely theory is a laboratory event, but scientists say it is “not a hypothesis that will lead to a future study of the origin of the virus.”

“Accidents do happen,” Ben Embarek admitted when he questioned why a laboratory – such as the often-mentioned Wuhan Institute of Virology – had been excluded as the source of the virus. He said there were “no reports” of this coronavirus, or anything closely related to working in any laboratory in the world.

He stressed that “it is very unlikely that anything could escape” from Wuhan’s maximum biosecurity facility, and laboratory accidents are generally considered “extremely rare events.”

During the WHO’s one-month stay in China, the team called for access to new evidence and visited already known sites, including the Huanan Seafood Market, once considered zero soil, and the Wuhan Institute. Virology and hospitals that treated the first coronavirus patients.

“It could be at any time because there are ongoing studies in different parts of the world,” Koopmans noted.

As the WHO’s allotted time window in China – given a one-month visa – closes, scientists stressed that it would be possible to wait years for tests to determine the origin of COVID-19, if ever.

The visit to the WHO team was delayed for months by Chinese officials who never provided a real explanation.

At Tuesday’s event, only journalists physically present in Wuhan could ask the WHO team. The press conference was only announced early Tuesday morning. Personal interviews — even socially distant — with members of the international team were not allowed.