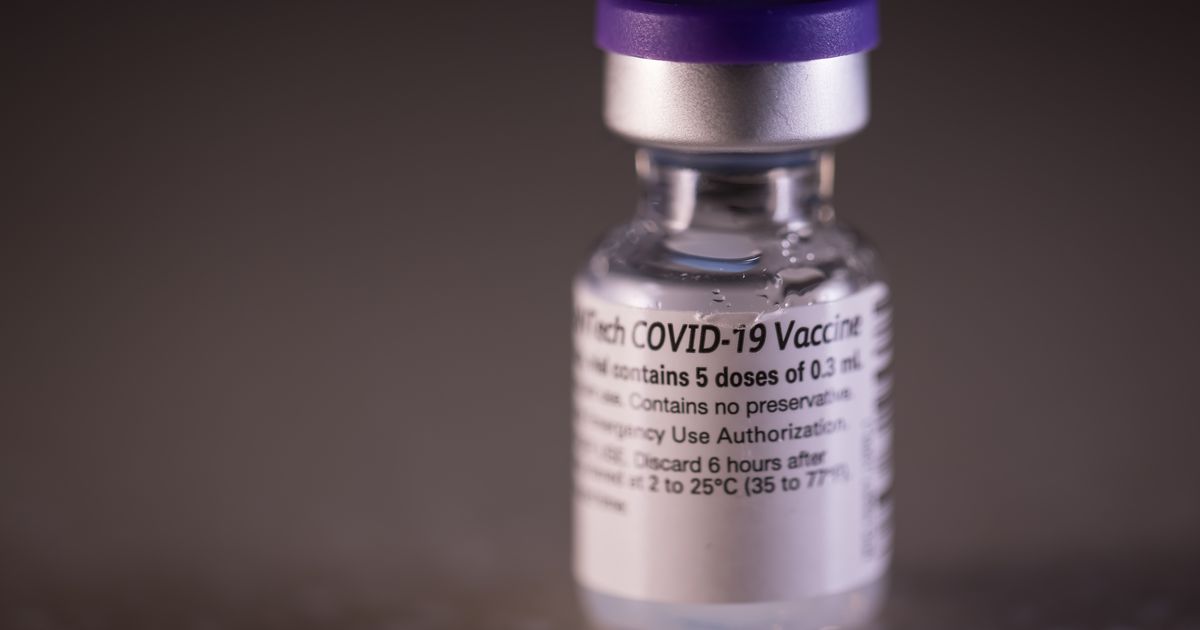 Doctors say the side effect of the vaccine could mimic the signs of breast cancer.

(Courtesy University of Utah Health) Vial of Pfizer version of COVID-19 vaccine. Doctors warn patients to delay mammography for one month after receiving the last dose of the vaccine because of a side effect that mimics a condition that often occurs in the diagnosis of cancer.

National health experts, including a prominent Utah doctor, warn women receiving the COVID-19 vaccine to wait at least a month before routine mammography – a vaccine side effect that mimics a condition commonly found in cancer diagnoses.

“We don’t want patients to get such false positive results and this kind of alert,” said Dr. Brett Parkinson, medical director of the breastmaking center at Intermountain Healthcare.

Parkinson said doctors at the center, as well as doctors across the country, noticed that some people receiving COVID-19 had side effects in the armpits or swollen lymph nodes in the armpit area. Such swelling alone is not severe and usually resolves within four weeks.

“Their bodies elicit an immune response, and that’s a good thing,” Parkinson said.

However, when such swelling of the lymph nodes in the armpit occurs during a routine mammography, Parkinson said the doctor is likely to recall the patient for a more detailed examination. Such swelling could be a sign of metastatic breast cancer – cancer that has spread to the breast – or lymphoma or leukemia.

The side effect and the risk of it appearing on mammography were found in a study published last month in the journal Clinical Imaging.

The side effect occurs in 11% of patients after the first dose of the Moderna version of the COVID-19 vaccine and in 16% after the second dose, Parkinson said. He added that experts expect similar findings in patients receiving the Pfizer version.

“We started looking for this and realized that if we didn’t do something, a lot of patients would come back unnecessarily. [to their doctor] to these enlarged lymph nodes, Parkinson said.

Parkinson said the signs were placed at the Intermountain Murray breast care center and other Intermountain sites that performed mammothography, and patients were told that, to the exclusion of other symptoms like a lot in their breasts, they should postpone mammography for four weeks. the last dose of COVID-19 vaccine.

(For now, the last dose is the second dose of the Pfizer or Moderna version. When the single-shot Johnson & Johnson vaccine is released, as expected after federal approval this month, the first dose will be the last dose as well, Parkinson noted.)

This advice, Parkinson said, is in line with the Society’s recommendation of the National Association of Physicians and Radiologists Specializing in Breast Imaging, Mammography, and Other Medical Imaging Practices.

Parkinson stressed that if a patient has other symptoms of breast cancer — a lot in the breast, or bloody discharge from the nipple, or peeling around the nipple — don’t hesitate to see your doctor. “We’re continuing mammography,” Parkinson said.

When mammography is routine, such as an annual checkup or a follow-up after a lumpectomy, the test can be delayed, but not indefinitely, Parkinson said.

“Don’t miss the annual screening,” Parkinson said. “Postponing it for a month or two won’t be as effective. It could indeed be postponed to a year later. “

According to Parkinson, the Breast Care Center does not screen for men, who make up less than 1% of all breast cancer cases. However, if a person finds a palpable lump, he or she should receive a diagnostic mammogram, Parkinson said.