“Zombie” cattle rise from the grave in Denmark after slaughter 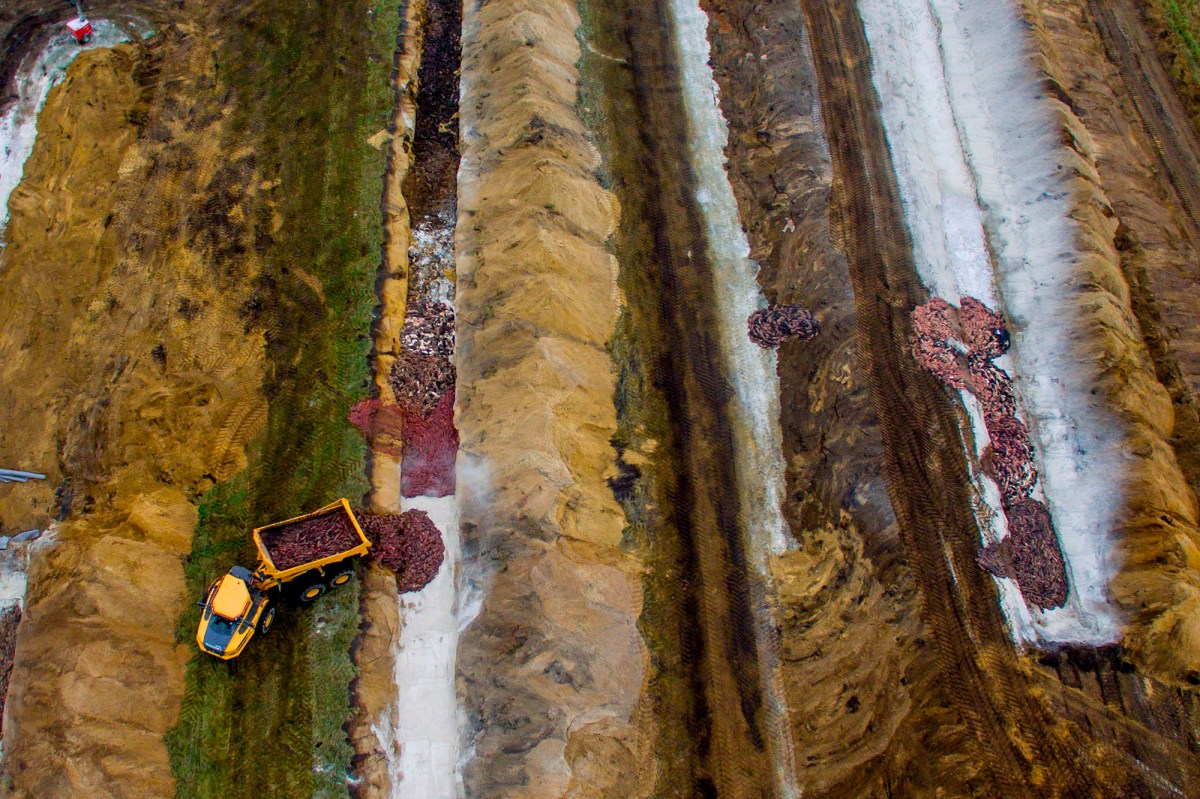 Tails from the crypt.

According to Wednesday’s report, they were massacred from the grave like zombies in Denmark amid a coronavirus epidemic over a strange biological phenomenon.

Thousands of animals were slaughtered and thrown into an impromptu mass grave near the town of Holstebro after it was revealed that they carried a mutated strain of COVID-19 earlier this month, writes Agence France-Presse.

But in a hurry to destroy them, the hairy corpses were buried only 3 feet deep – and the gases released during the decomposition process pushed them to the surface, the outlet reported.

The hair-raising sight was spotted in a military training area not far from a lake in the country’s western region – outrageing local elected officials who called the faulty funeral a potential public health nightmare.

“The authorities are playing with our environment and using it as a landfill,” local politician Leif Blogger told Jyllands-Posten.

Creepy carcasses can cause phosphorus and nitrogen pollution, officials said.

But the national ministry of the environment, which is responsible for the funeral, called the screw that tingled the spine “a temporary problem, a problem linked to the death of the animals”. It was found that the animals should have been buried under at least 5 feet of dirt.

To avoid possible problems, the tomb is now “monitored 24 hours a day until a fence is erected,” the department said.

Denmark has announced it will slaughter more than 15 million mothers in mid-November after a mutated version of COVID-19 was discovered in fur farms and factories. The strain could weaken the effectiveness of the vaccines, officials said.

The saga has also killed at least one career: the Danish food and agriculture minister resigned last week after the government acknowledged that it had no right to order scrapping.